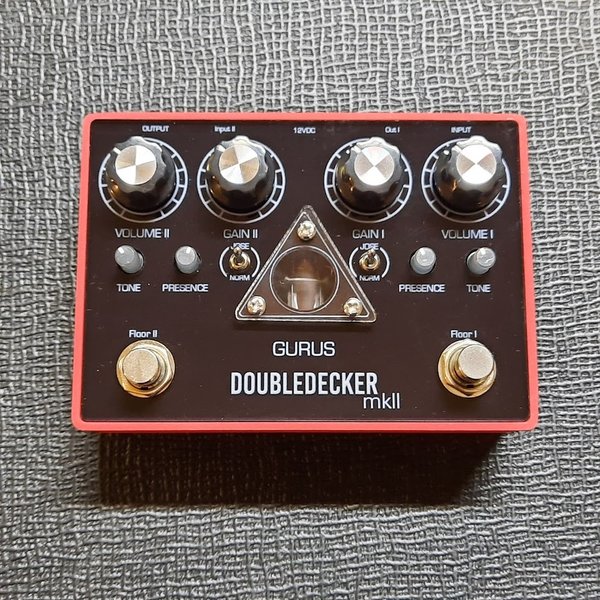 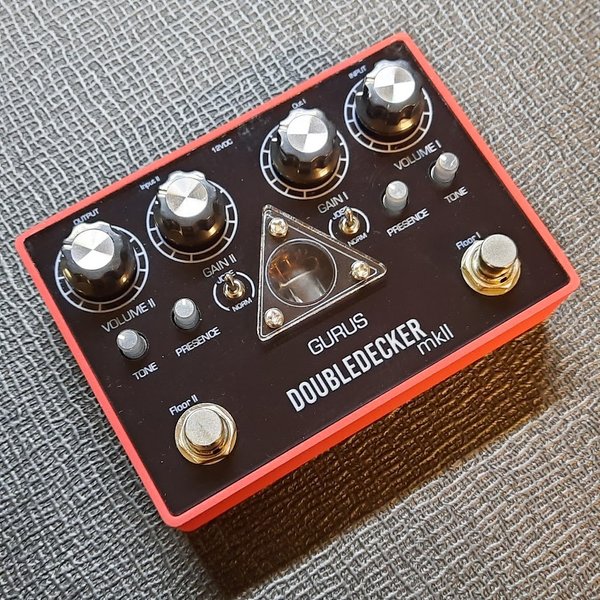 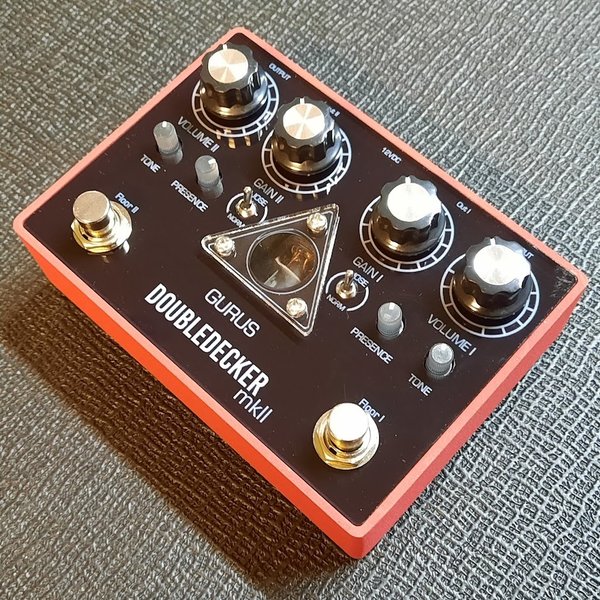 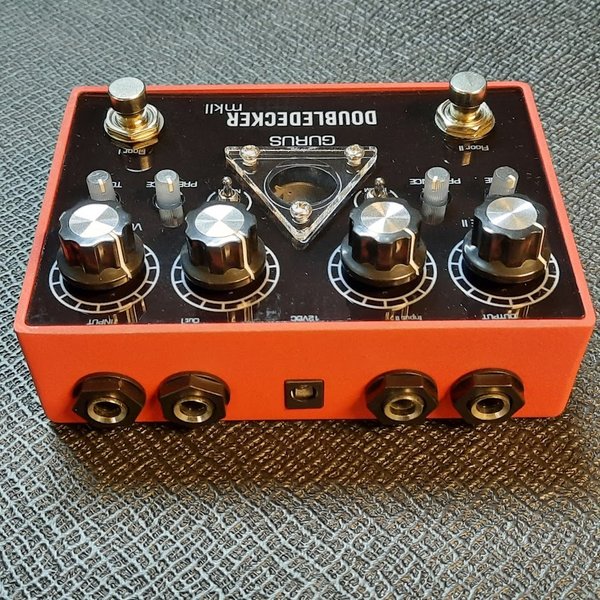 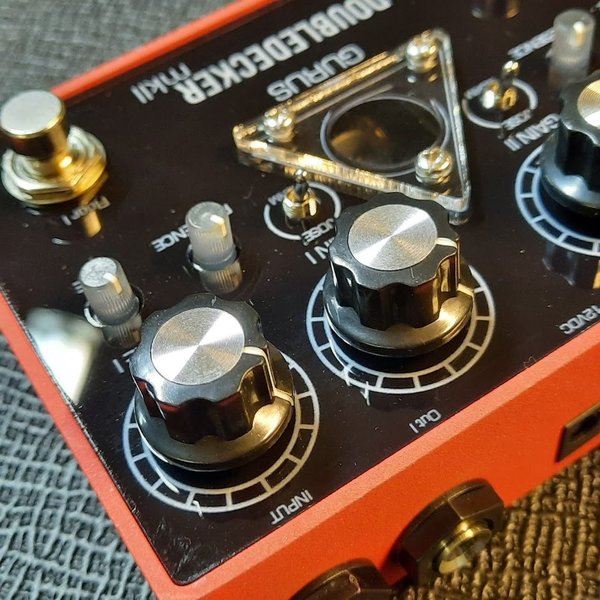 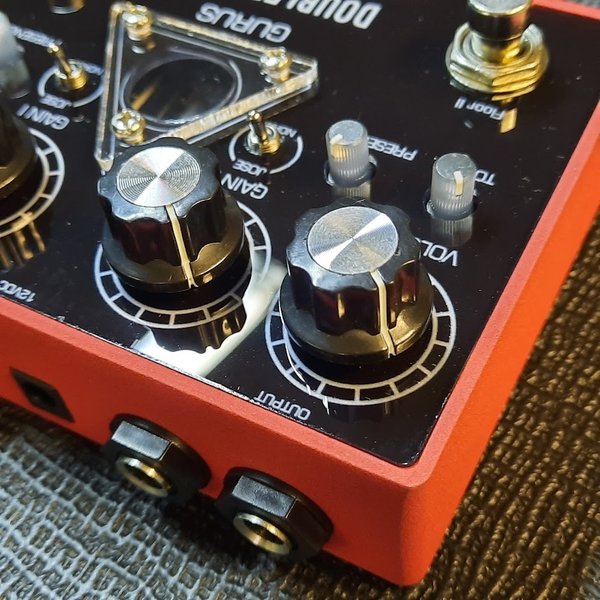 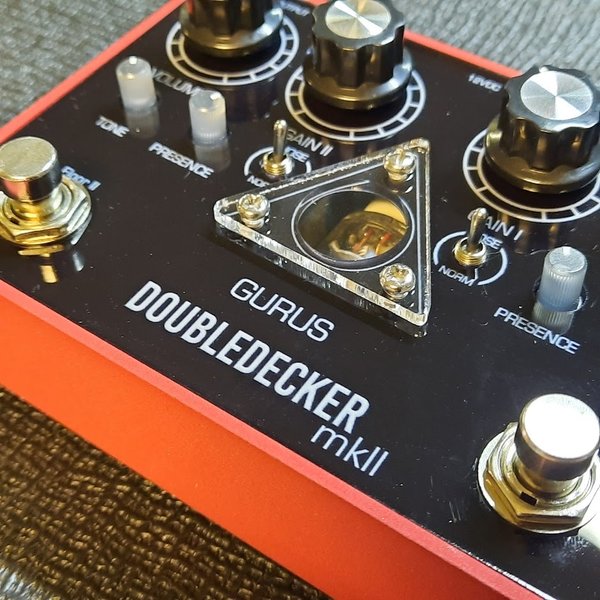 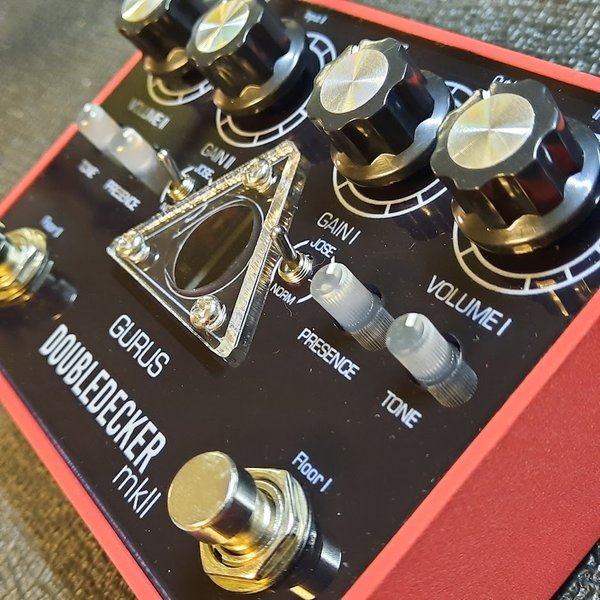 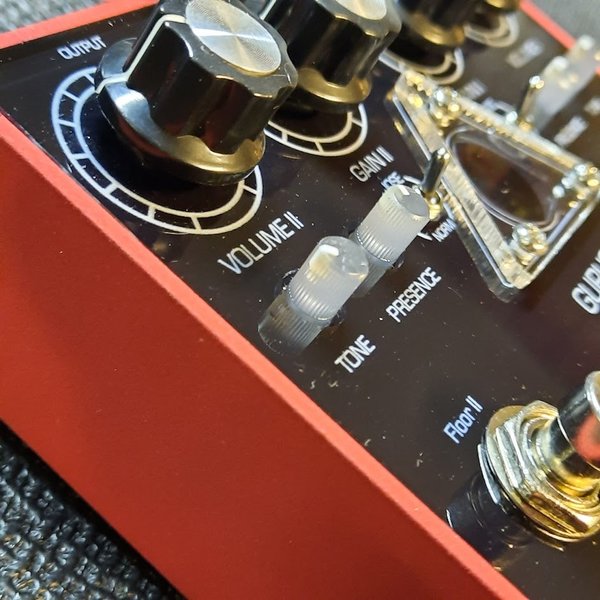 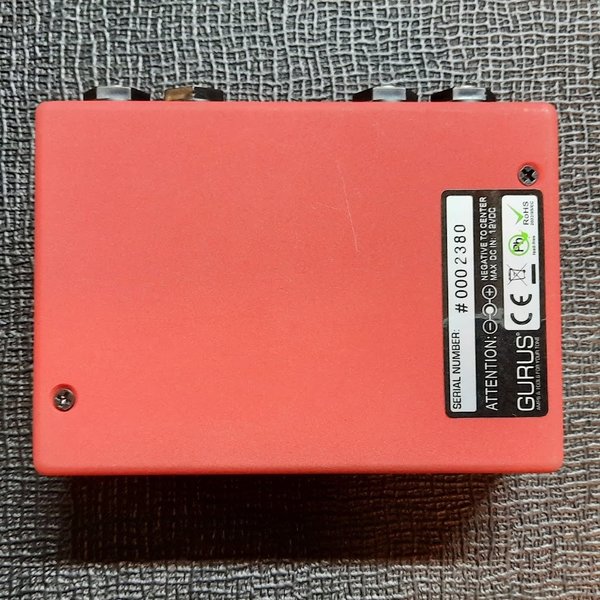 Designed between 2012 and 2014, and released in late 2015, The older and bigger GURUS 1959 Doubledecker along with the Echosex 2°, was of our flagship products that has won awards from some of the most important magazines in the world like Premier Guitar, GuitarPlayer, Vintage Guitar. as well as being used live on stage and in studio by many well known pro artists.

Many double OD/Dist pedals have been released since that time, and many of you have given us a lot of suggestions to make it better, and we believe we have!

Here is the newest DOUBLEDECKER MKII:

– Size: the new enclosure make it one of the smallest double pedals on the market, considering it’s a Tube powered pedal.. only 3,5” x 5”!!

– Connections: the smart double connections set, lets you use it as a standard pedal with one main input and one main output, or split to two separate pedals to be used into two different loops of your looper/switcher.. or even to invert the order of the channels chain for infinite boosting options.

– Switching: Now you have only 2 footswitches to handle, but the two channels can be stacked together and boost each other. Thanks to the Clipping option switch, plus the 4 controls of each channels, you can obtain a huge palette of colors for your tone, up to 10 different combinations.

– Engineering: It has been very hard work to design this innovative pedal, trying to make it sound like a real overdriven amplifier. We used a different approach from all other well known circuits that mimic the “Marshall Tone”. We started from an Hi-Voltage (150-300Volts) Tube preamp section, assisted by our secret weapon Op-Amp to tailor the tone. The rich harmonic content, the dynamic and touch response, the velocity and richness of details is typical of a real tube amp pushed to its max. Plus we worked with some Artists who had the luck to have their amps modded by the famous Jose Arredondo., the popular “Jose Mod” used by big pro like EVH, Steve Vai, Doug Aldrich, Peter Frampton, Metallica, George Lynch and many, many others. We wanted to pay Jose a little tribute by adding two different Clipping sections to fine tune the sound when using the channels as two independent pedals, make everything easy to play and sounding great.

– Clipping: The two channels together sounds incredible without any clipping, however we wanted to give you options, we made two different clipping sections for the two channels, in order to expand the combinations for virtually infinite possibility: Germanium NOS Diodes for Floor1 channel, very suitable for all the soft OD stuff and mimic to perfection the behavior of a tube amp on the edge of clipping, LED diodes for the Floor2 in Symmetrical configuration for the smoothest, complex, and compressed amazing lead tone.