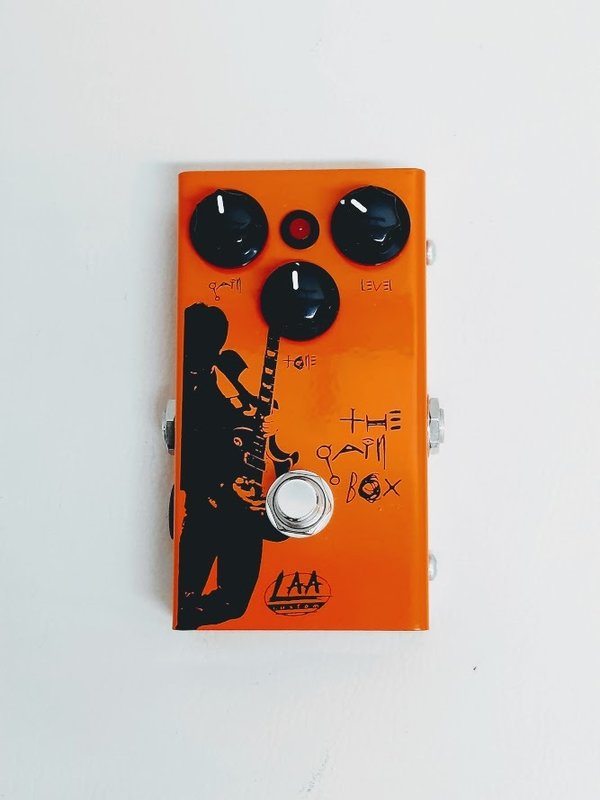 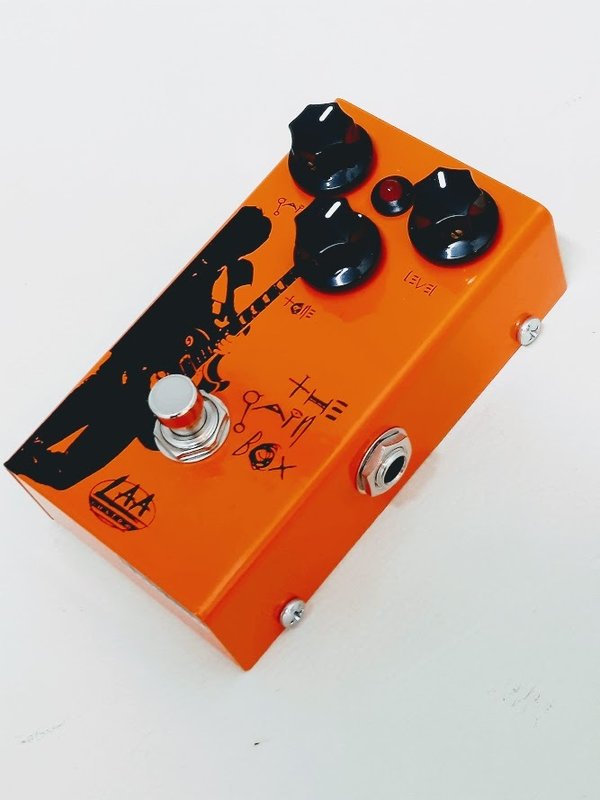 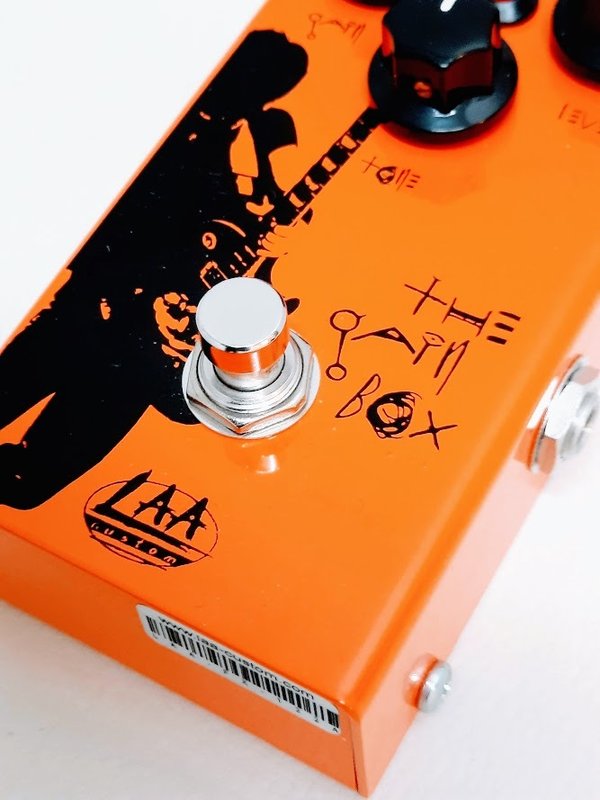 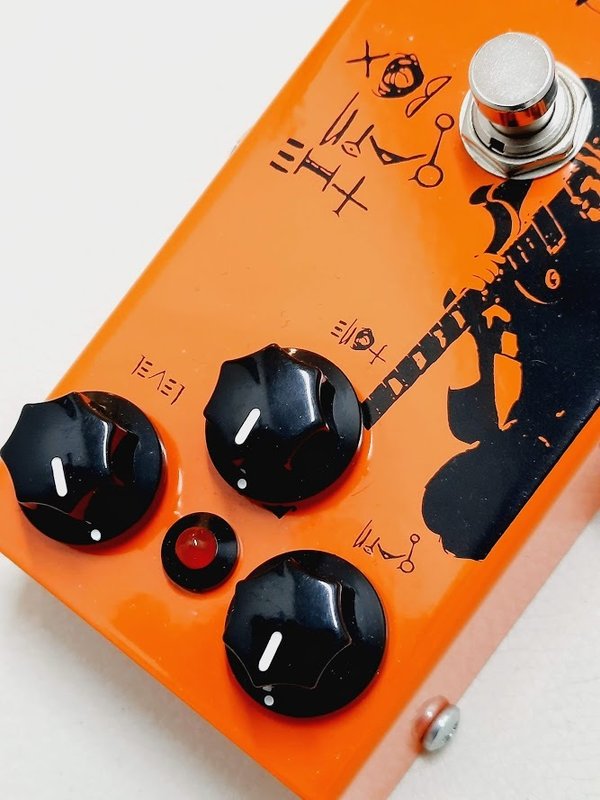 The Gain Box - A Box full of Gain Experience

The pedal has been designed with particular attention to enhancing the dynamics and nuances generated by the guitarist's fingers. So much importance was given to the timbre response by choosing not to color the original guitar sound; this pedal enriches the original signal in harmonics and in saturation. Its wide bandwidth guarantees total respect for the original stamp. True-bypass Three main controls and a bright switch useful when using humbucker guitars.

The distortion is activated with the left switch and boost with the right switch. The pedal is able to generate very distorted sounds, with extreme settings it is possible that some background noise is present, this is not an indication of a problem but it is normal with such high gains. The simple and intuitive controls allow a quick setting in any situation: Drive: Controls the distortion level, turning it clockwise increases the gain with a consequent increase in the output level. In The Gain Box the drive control works like a guitar preamp, so when turned fully counterclockwise, no sound is output.