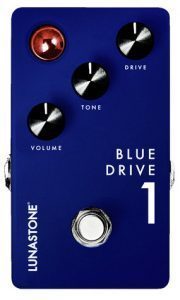 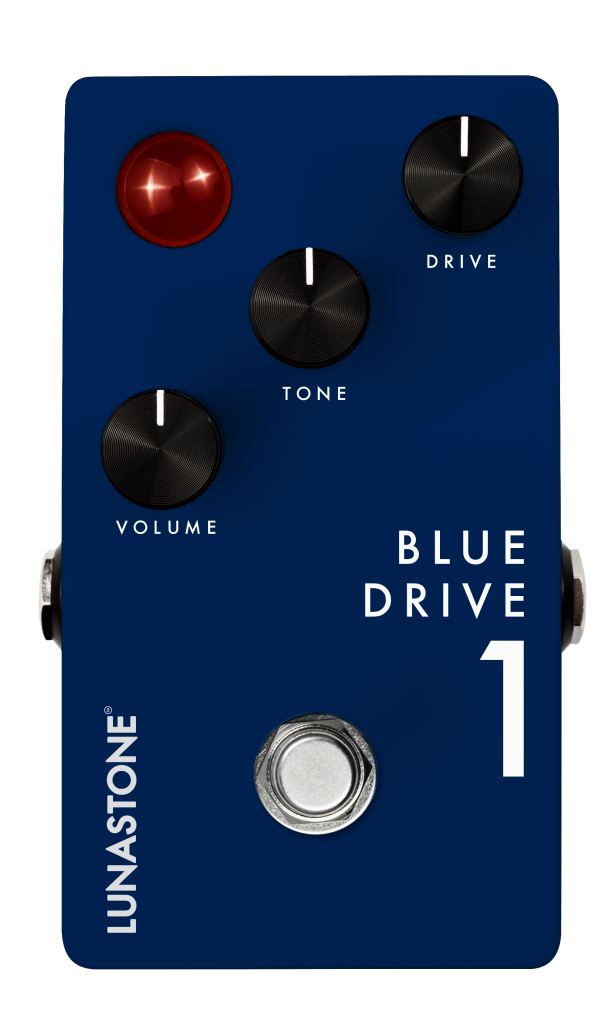 In many ways, Blue Drive 1 is like ‘The Beauty and the Beast’. It has a beautiful body, but it can also rear its ugly head.

Put all knobs at the 12 o’clock position, and Blue Drive 1 will (in most cases) act as a wet, beautiful and sustain-y clean boost approximately at unity volume. But dial the Drive knob to catch the point just before the drive kicks in and the magic starts to happen.

When playing softly, you will still have the beautiful wet transparency, but hit it harder and the Beast will stick out that ugly head. And If you have a ‘bite-y’ day, just turn the Drive knob all the way up and you will definitely feel the sharp teeth of this pedal.

The inspiration for Blue Drive 1 design comes mainly from the Blues genre. The Blues scale in itself is a super harmonious pentatonic scale with an extra very active flat 5 note, that always adds edge and spice no matter how many times it is played. And that basically nails the soul and identity of Blue Drive 1.

‘Regular’ Overdrive…
Blue Drive 1 is unlike our TrueOverDrive pedals, designed with a more common distortion/overdrive approach, as it (like most other distortion/overdrive pedals) has a combination of cascade coupled gain stages and diode clipping. However, Blue Drive 1’s ‘tipping point’ or ‘jump’ where you all of a sudden go from an almost clean sound to a fairly overdriven sound due to the nature of the diodes has methodically been turned into an advantage!

Play with the Gain knob just around that breaking point, and you will be able to control the beauty and ugliness only by playing dynamically.

Foot-On Overdrive
The knobs on Blue Drive 1 are not only placed diagonally because it looks killer, it is also because we know that sometimes a quick tweak is needed mid-song.

With the Volume and Drive knobs accessible by the edges, you can tweak them on the fly with your foot. No more kneeling down, letting go of the strings, abandoning the groove and loosing the momentum.

Just tweak on the go and keep doing what you are supposed to do. PLAY!