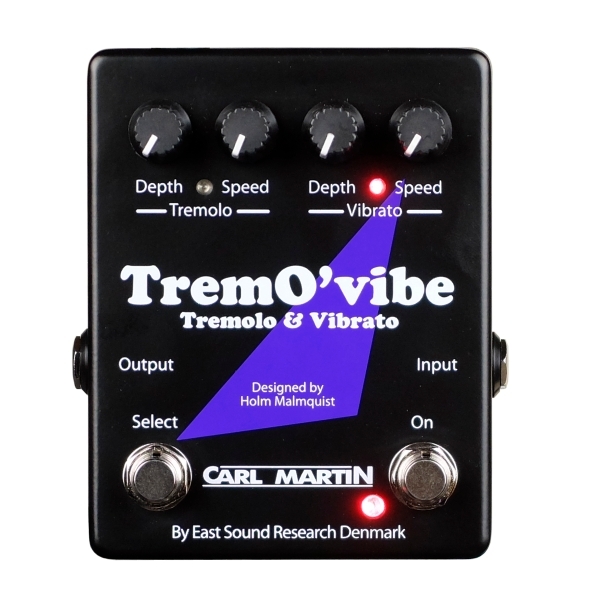 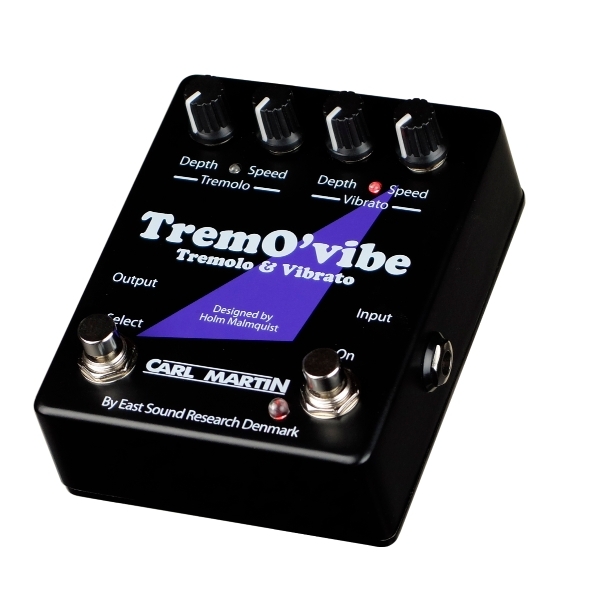 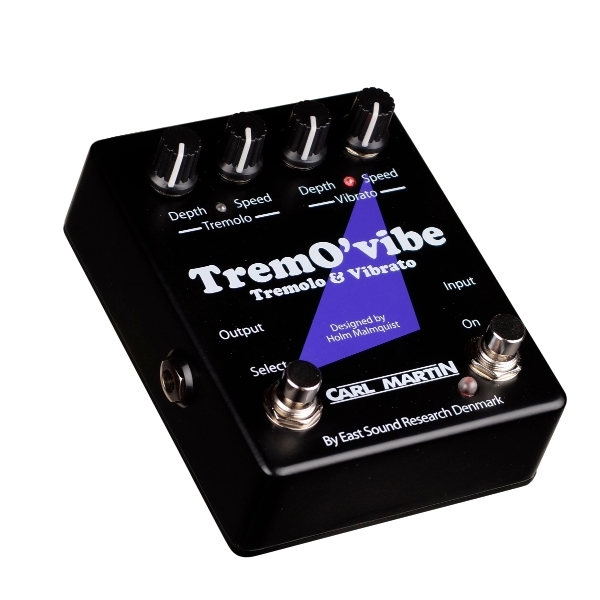 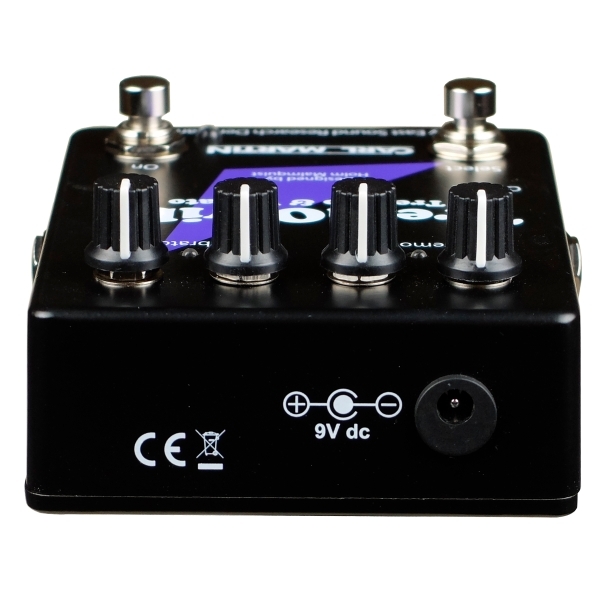 The Carl Martin TremO´vibe is an analog “two in one” effect pedal consisting of a tremolo and a real vibrato, both with independent sets of speed and depth controls.
The tremolo effect works like a change in volume. The vibrato, which works as a change in tone (pitch modulation), is carefully designed to imitate the sound of a real tube vibrato.
Featuring two switches, The “on” switch allows you to engage or bypass the unit. The “select” switch allows you to switch between Tremolo and Vibrato.
The Carl Martin TremO´vibe is an excellent choice for Guitar, Bass, Keyboard, or any other electronic instrument, that requires the highest sonic clarity, maximum dynamic range and noise free performance.
The unit has a built in regulated power supply which enables us to design circuitry of the highest quality with maximum headroom.

Guitar & Bass (UK)
The TremO’vibe’s vibrato is natural and musical, while the tremolo has a pleasing shimmer with an almost singing quality. The Echotone sounds deep, rich and musical, and will provide instant gratiﬁcation for analogue delay fans


Australian Guitar Magazine (AU)
The tremolo (volume variation) is nice and smooth and very sensitive to tweaking, and the vibrato (pitch modulation) has enough range to make even the straightest guitar line sound like a serious acid victim.

Recording Magazine (USA)
The TremO’vibe ducked so close to silence at its lowest level that it sounded like the effect you’d get from an old Würlitzer electric piano it sounded dynamite on keyboards.