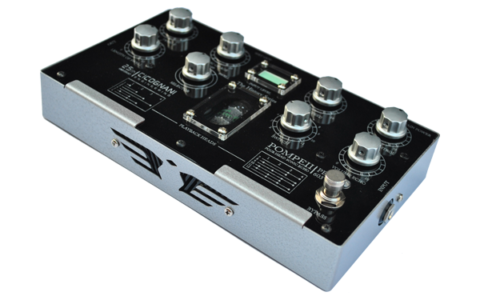 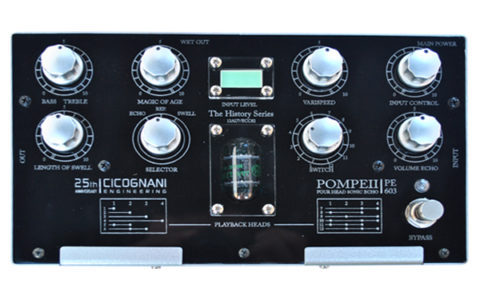 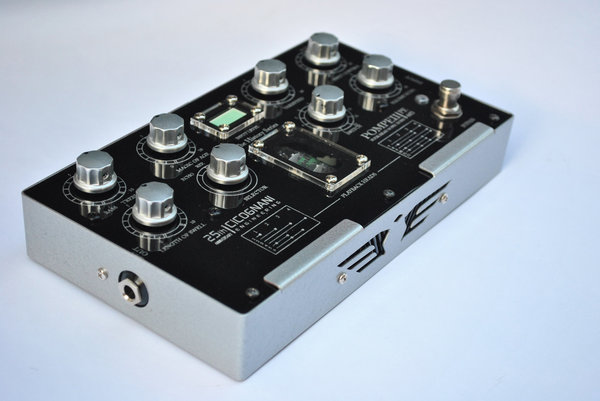 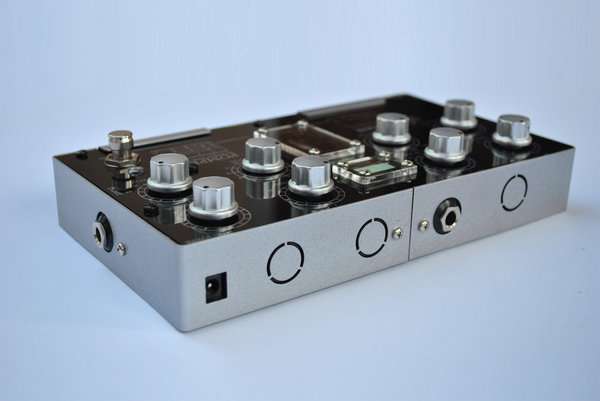 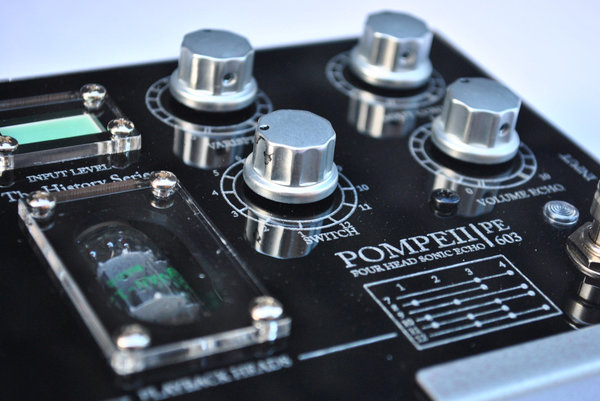 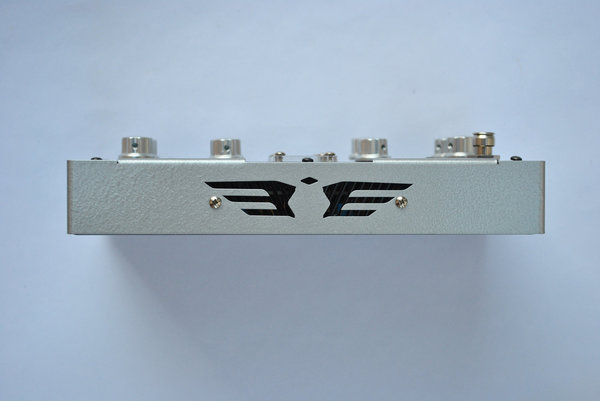 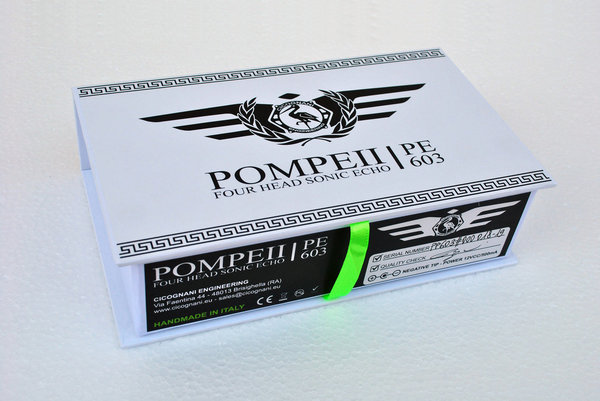 The Pompeii PE603 is inspired by the classic Italian Binson Echorec which was born as an evolution of the famous T7E.

The original PE603 was used by many artists and musical bands including Pink Floyd from 1971 onwards and has been seen on stage during the Dark Side tour and on Live at Pompeii. It had a magical sound and the POMPEII PE603 aims to revive these emotions of the past but in a smaller, lighter pedal format and with improved sonic performance. Tonewise the PE603 provides anything from classic slap-back to up to 740mS delay.

It has single repeats, which is your typical echo and the multiple head combinations allow all sorts of musical textures. The swell mode creates a reverberation and is made possible through the use of all the heads simultaneously. Both wet & dry signal pass through a 12AU7 tube for the warmest sound with maximum transparency. A Fet cascade circuit is employed to mix gains and buffer the signal.

Thanks to great signal dynamics the POMPEII can either be used in front of the amp or in the FX loop at instrument or line level without making any adjustments. A great deal of time was spent developing the feedback and tone circuits; as a result, the interaction between the feedback and tone controls can create the most beautiful of sounds.

The old PE603’s motor could be modified to change speed, lengthening the time between recording and playback heads (and therefore repeats). This was called the “VARISPEED” mod. By applying the same concept and using an ultra-low harmonic distortion circuit, a delay time of 740ms can be achieved on the new POMPEII with the “VARISPEED” knob turned to its maximum setting.

To fully re-create the original magic, the POMPEII is a “multi-head” echo, sharing the same first twelve switch positions as the early machines. The head selections are displayed graphically on the panel, back lit by the Italian green lighting. This, combined with a hammered silver finish, robust metal case completes an image that truly echoes its inspiration.