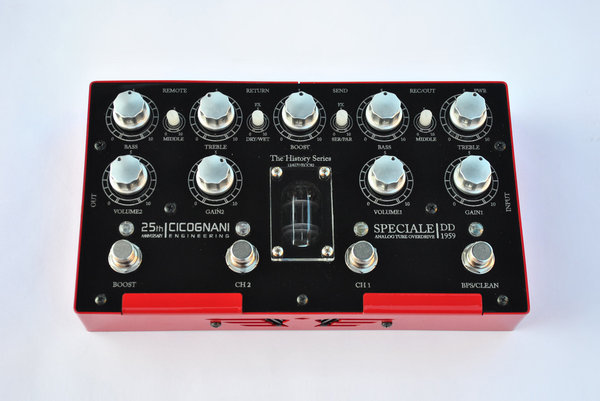 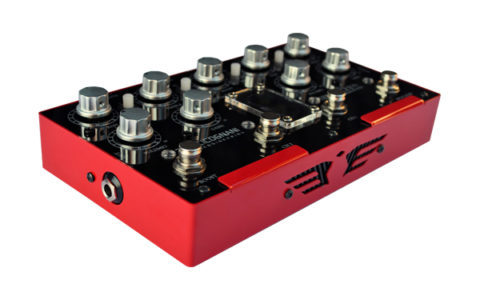 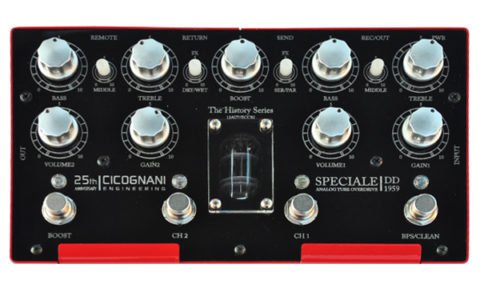 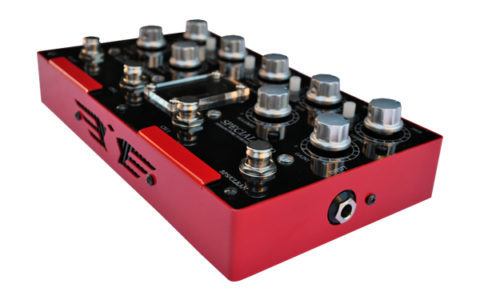 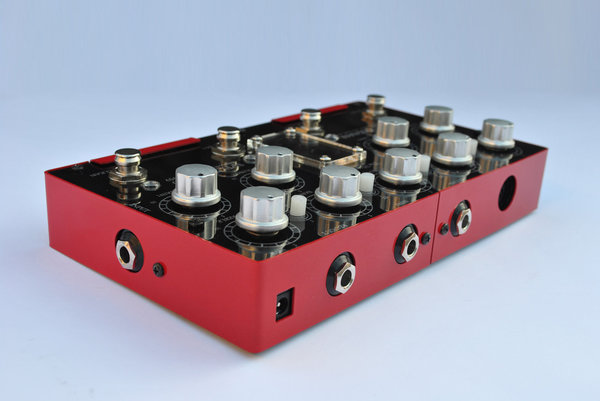 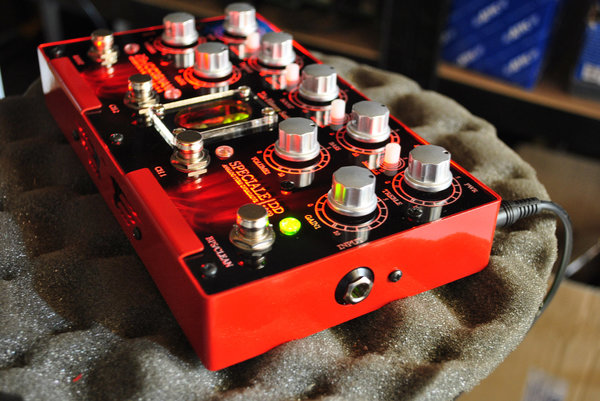 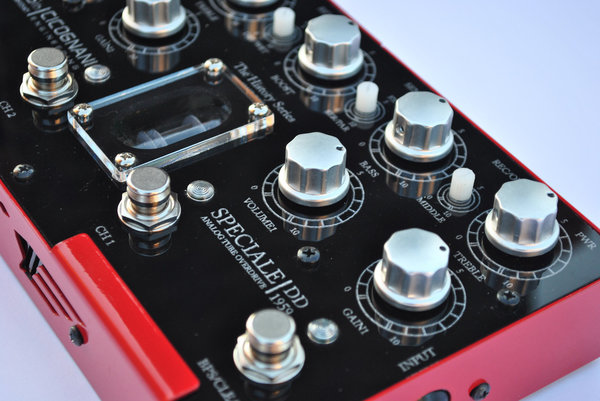 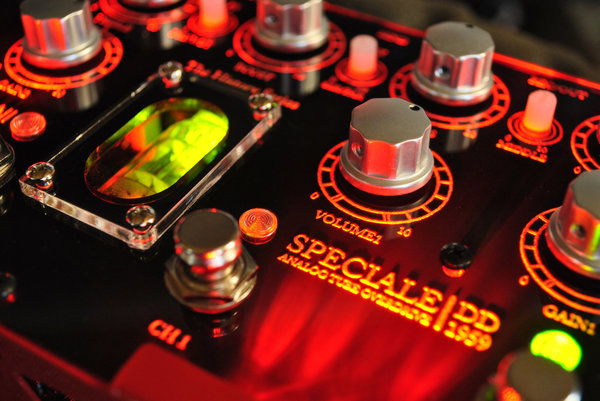 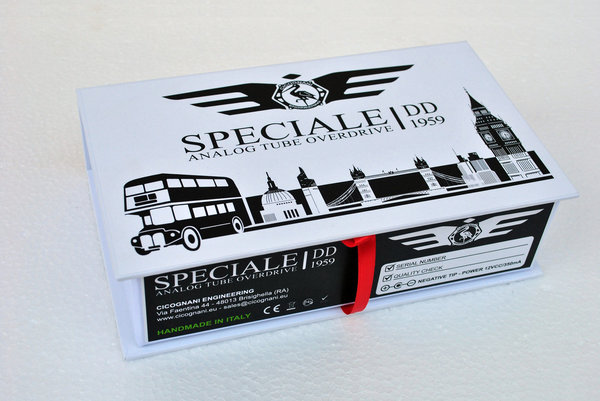 The SPECIALE DD1959 is an evolution of “Double Decker” project which is inspired by the legendary British tone of 1959.

The SPECIALE DD1959 is an evolution of “Double Decker” project which is inspired by the legendary British tone of 1959. The two channels offer edge to super lead sounds (from blues to hard rock). SPECIALE DD1959 can be used with an amp or as a DAW where thanks to the new update a clean channel has now been added. In this mode we have three channels + solo.

The two overdrive channels integrate the gain and volume controls and a complete tone stack built in low impedance technology to better sculpt your sound.

The “Boost” is post effects loop in order to allow better functionality. The FX loop is equipped with an analogue mixer in order to be able to adjust from series to parallel and in the case of parallel use from dry to wet. The “Rec.out”, was designed in analog mode as it better preserves the sound details of the speaker simulator. (Sm57 in front of a V30 speaker in 2×12 “ Cab.)

When I designed Double Decker in 2015, I had in mind the sound I wanted to produce but the desire to do better and better convinced me to create an even more complete evolution of product while maintaining compact dimensions.

The performance has improved thanks to an even better use of components and the redesign of many stages. Ch2 today has an “extra gain stage” that is useful for creating a sound richer in detail and dynamics. This allows you to range from a great rhythmic sound to a soloist. If we increase the gain level, enter the slight compression that helps us to play shredding.