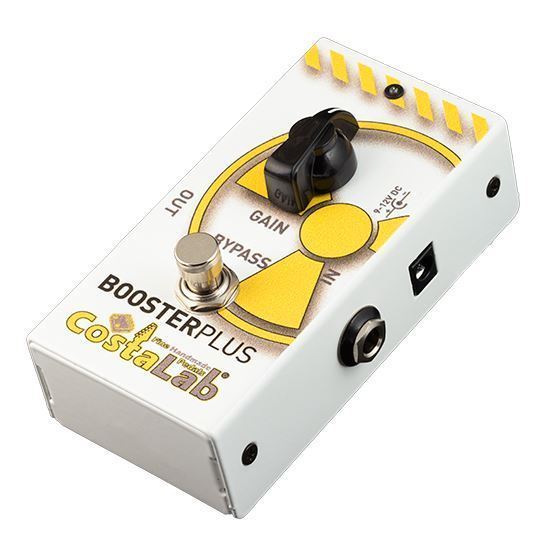 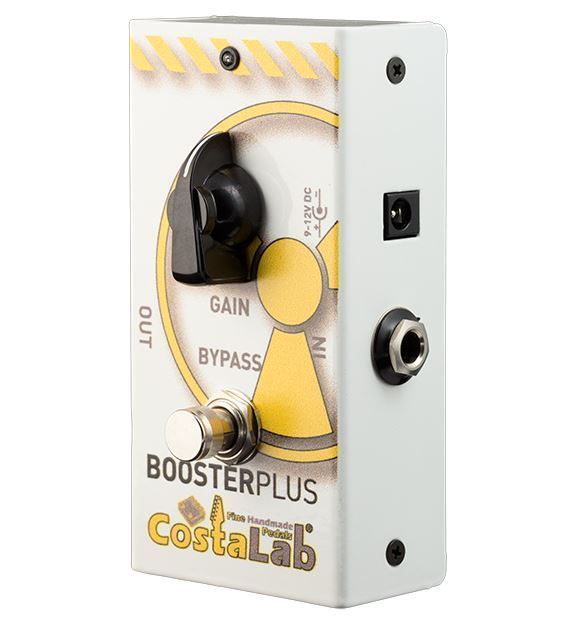 The CostaLab Booster Plus represents the natural evolution of the accomplished and appreciated CostaLab Booster. The basic characteristics of the classic Booster were maintained.  Moreover, the circuit was equipped with a class A buffer that is always on, featured by a very high input impedance.

This allows you to keep every detail, giving definition and space between notes as well as a rich and tasteful timbre. The presence of the buffer easily repels the radio interferences and improves the general result in the chain of effects, even when the booster pedal is off.
So with a single pedal you can find both characteristics of the CostaLab Buffer and the CostaLab Booster together in a single unit dimensions.

Using it as ‘pre’, the CostaLab Booster Plus is able to push the devices connected downstream. Consider the following example: by a tube amp you can switch from a crunch to a powerful and creamy lead sound, just by using only the amp dynamic. Similarly, it can be used to give more saturation to an overdrive effect. With the boost effect off instead, the Booster Plus works as Buffer, with consequent advantages.

Using as ‘post’, the pedal can be exploited to increase its volume during the solo sound, while with the boost turned off it functions as a line driver.
Being particularly quiet, the pedal can be used at high gain levels without contraindications. The CostaLab Booster Plus is also able to function as attenuator as the volume control is set to zero, while at the maximum position the pedal is able to gain +26db.

The CostaLab Booster Plus is equipped with a mechanical switching system  "Bufferd" with buffer always active, equipped with anti-pop filter.
The unit is powered by 9 DC volts and is connected by the classic DC 2.1 mm plug with negative pole-center. The current draw is less than 20 mA. The unit can also operate with a 9-volt battery. In this case the circuit is on by the input jack.

In order to save the battery life it is recommended to remove the input jack from the socket when you stop using it. You can still keep the battery inside the pedal even when it is powered through the DC socket, for the external power supply system is able to automatically rule out the battery.

The unit is 118x60x34mm not counting the knob and the jacks.