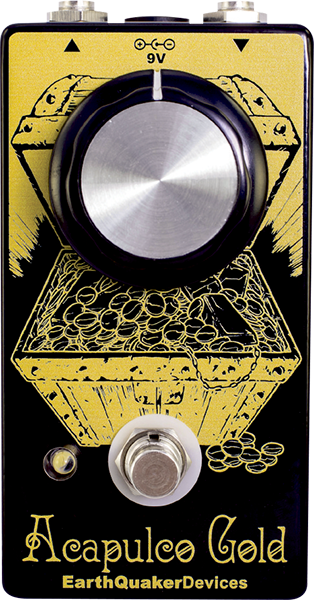 Originally intended to be a limited release, it became a permanent model due to demand. It's an original power-amp distortion circuit that's based on the sound of a cranked Sunn Model T. While playing, don't forget to fiddle with your guitar's volume and tone knobs, the volume knob especially cleans the pedal up pretty well. At minimum guitar-volume settings, the Gold imparts a hazy Nashville-sounding spank to your tone. At just-barely-backed-off, the Gold turns into a raunchy overdrive. Of course, when the guitar's knob is fully on, the Gold roars like a Model T on the verge of explosion. Version 2 from end 2016 uses silent soft-touch relay based switching.