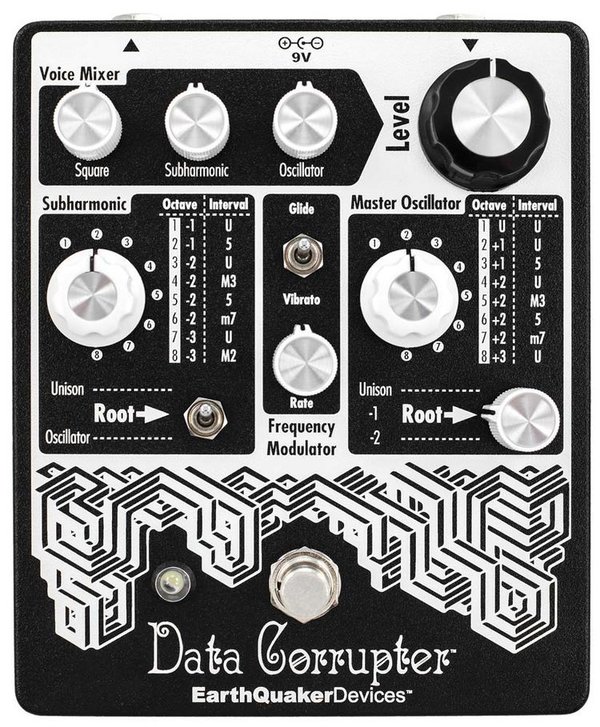 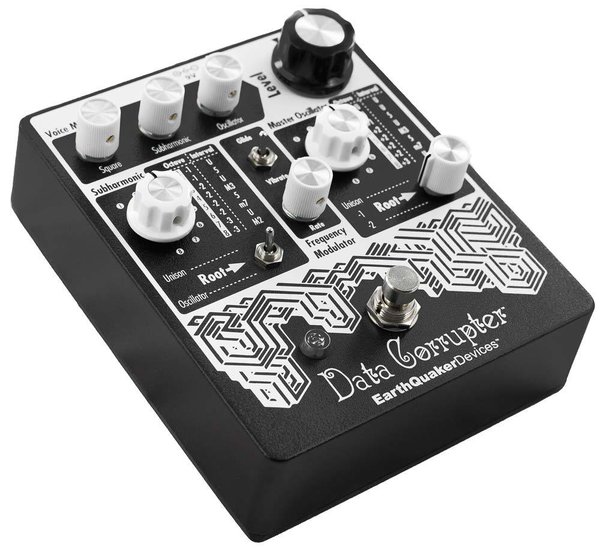 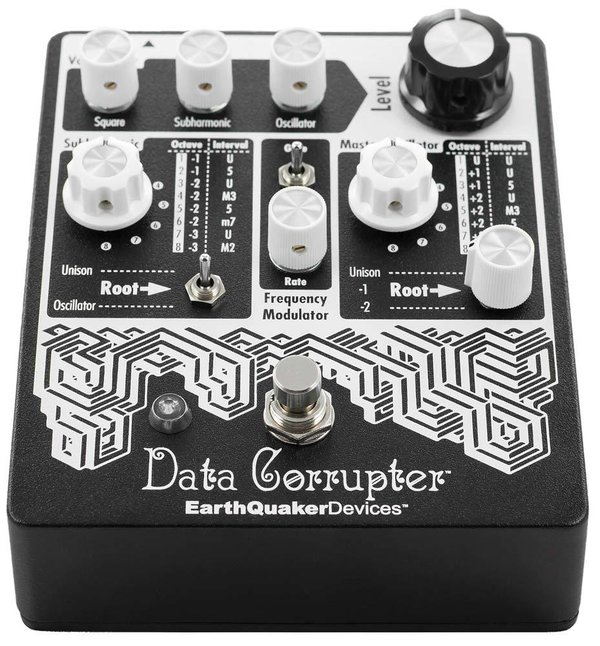 The Data Corrupter is a “wild, yet repeatable” three-voice Modulated Monophonic Harmonizing PLL that takes your input signal and “brutally amplifies it into a crushing square wave fuzz tone that is then multiplied, divided, and modulated” to create a harmonically complex, expressive, and touch-responsive analog synth tone up to three octaves below (or above) the original, plus additional harmonies.
The central nervous system at the heart of the Data Corrupter’s hive mind is the Master Oscillator. The Master Oscillator’s “Root” (the octave of which is selectable via a three-position rotary switch) adjusts the frequency range and tracking response of the input signal, which is then synthesized and harmonized by one of eight Master Oscillator programs, adjustable by an eight-way rotary switch.
From there, the Frequency Modulator applies pitch-bend modulation to the Master Oscillator. In Glide mode, you’ll hear a smooth portamento as each note slides into the next. In Vibrato mode the pitch modulates up and down for a retro sci-fi laser effect.
The Subharmonic assimilates the input signal into one of eight lower octave programs between one and three octaves below the original. For a more stable lower octave, set the Subharmonic’s Root switch to the Unison position, which divides the Square Wave input signal, and removes the Frequency Modulator from the Subharmonic signal path.
To unleash the cracked machine lurking within the Data Corrupter mainframe, set the Subharmonic Root switch to Oscillator and try not to look away as the sonic malware you just installed mangles your input signal into the sum and difference of both the Master Oscillator and Subharmonic with the Frequency Modulator applied to the upper and lower octaves.
It also features true bypass, silent relay-based switching and all-analog signal path.