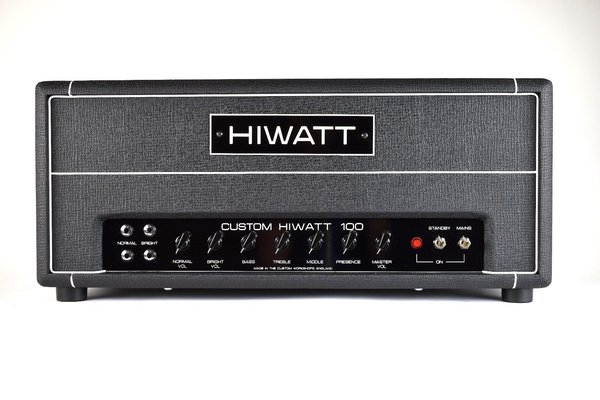 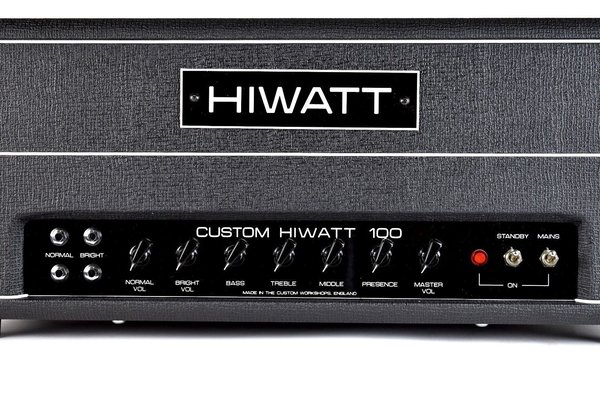 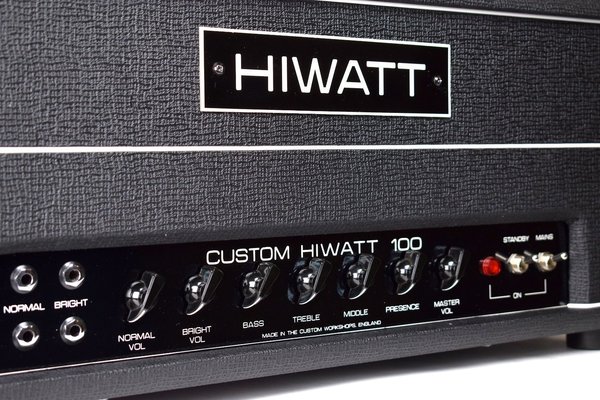 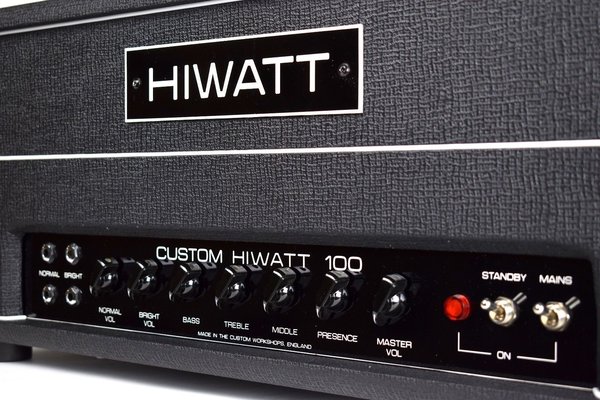 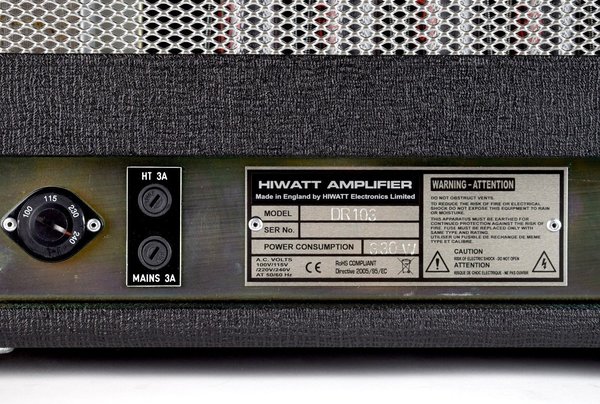 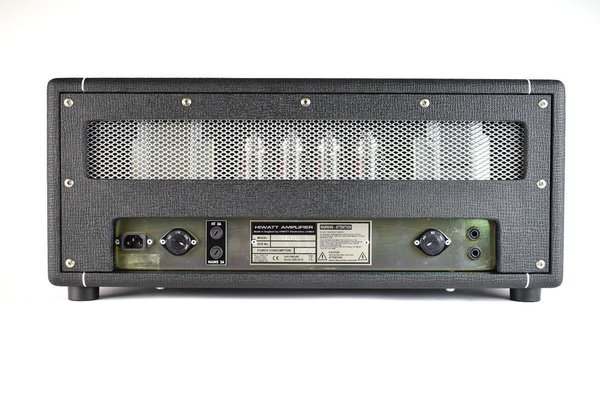 Today’s HIWATT Custom Shop hand-wired, point-to-point amps feature the meticulous original wiring improved by Harry Joyce Electronics in the early 70’s. This 100W head is made in England with the best available components for those guitar players who want a pure and classic Hiwatt sound based on the early 70’s model as played by Pete Townsend and David Gilmour.

Hiwatt, along with Marshall and Vox, are largely responsible for shaping the sound of British rock during the 1960s and 1970s. Bands such as Pink Floyd, the Moody Blues, the Rolling Stones, and The Who have all used Hiwatt amps to help create their legendary sounds. With their military-spec chassis, point-to-point wiring, and marine-grade cabinets, Hiwatt amps are also known for being very solidly built.

DESCRIPTION
This is the amp that started it all! It is powered by 4xEL34 in the power stage, with 4xECC83 alternatively 3xECC83 and 1xECC81 in the pre-amp, giving a tighter sound. The Custom 100 Head employs the original Partridge designed transformers. Switchable to 4, 8 & 16 ohm output impedance, the DR103 allows you to select from 100, 115, 230 and 240 volt sources. The dual channel pre-amp has high & low sensitivity inputs. Cross patch the Normal and Bright Channels and dial in the required drive and tone. Add your favourite pedals to create your own personalised sound. There is simply no better sounding, looking or engineered amplifier in the world!

Kicking off in the late 1960s, under the guidance of Dave Reeves, Hiwatt gave Marshall a run for their money, contributing hugely to the sonic landscape that became known as The British Sound.

With artists such as The Who and Pink Floyd, the brand was at the forefront of guitar amplification for the remainder of the 1960s and much of the 1970s. Reeves’ untimely passing and licensing problems threw the trademark into a grey area for the next two decades.

In 2016 the trademark passed to the present owner, who strengthened the Hiwatt brand. A further generation of artists – U2, Nirvana, Oasis, Coldplay, The Killers, The Black Keys, Foals and Japandroids – have all embraced the unmistakable Hiwatt sound.

The result is that unique Hiwatt sound, rich in third and fifth harmonics, as effective in the studio as it is on stage. These amps sound like no other. The sound of a Custom 100W stack at full tilt is truly awesome.
The sheer power and responsiveness is guaranteed to blow you away.

Hiwatt is rooted in the British Sound that emerged in the mid 1960s.

It was The Who’s John Entwistle who first traded in his Marshall stacks in favour of Sound City at the beginning of 1967. Sound City, the precursor to Hiwatt, produced customized L100 amplifiers later that year for Pete Townshend.

Around this time, Jimi Hendrix and his manager Chas Chandler approached Townshend, asking for his opinion on amplification. Townshend told them that he had stopped using Marshall, as he thought Sound City were better. The Jimi Hendrix Experience subsequently started using Sound City L100s, but set them up together with their Marshall stacks instead of replacing them.

In late 1968, The Who approached Dallas Arbiter, the makers of Sound City, asking if their equipment could be modified slightly.

This request was denied, but independent amp designer and manufacturer Dave Reeves agreed, and created customised L100 amplifiers under the name Hylight Electronics.

This model was named the Hiwatt DR103, which would be modified in 1970 into the CP103 ‘Super Who 100’ model, which Townshend used almost exclusively for over a decade. In 1973, the updated DR103W model was created. It has been the central piece of equipment around which Townshend’s various rigs were built for the next thirty years. The DR103-Hiwatt Custom 100 Head is still Hiwatt’s flagship amplifier to this day.