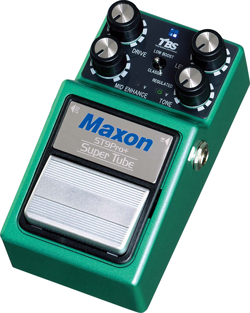 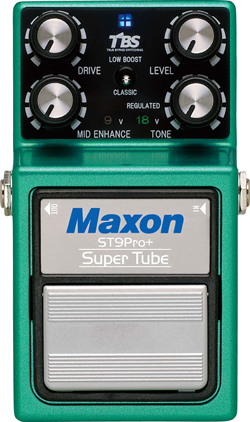 The ST9Pro+ was developed based on the legendary overdrive Maxon ST9, which was released in the 80s and still well-known even after it was discontinued. The ST9 was reborn as ST9Pro+ with new circuitry, creating powerful, heavy, fat sound like a stack amp with midrange boost control. With newly added low boost circuitry, more powerful distortion is selectable. It operates under 9V but an internal switch can be set at 18V, increasing dynamic headroom, stabilizing high-quality sound and reducing significantly all background noise.