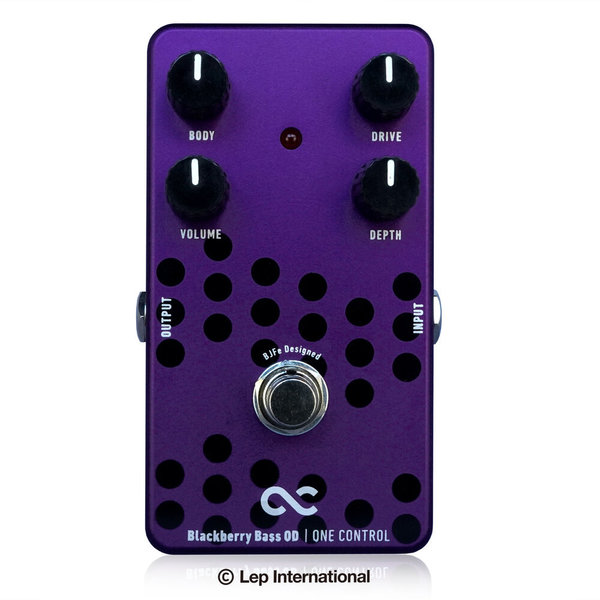 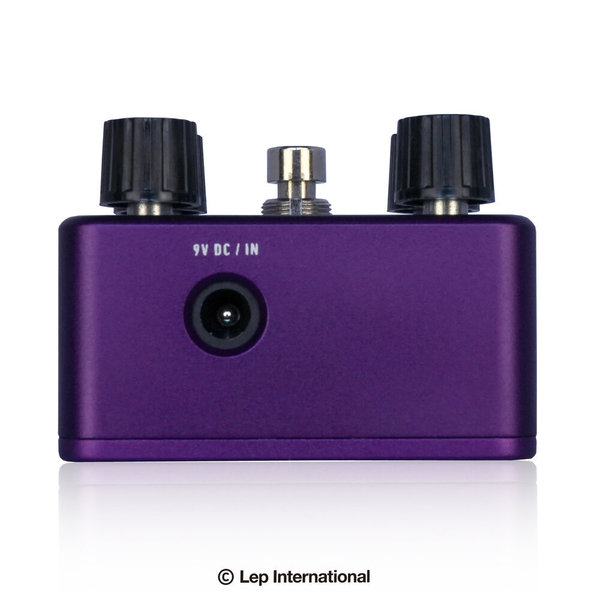 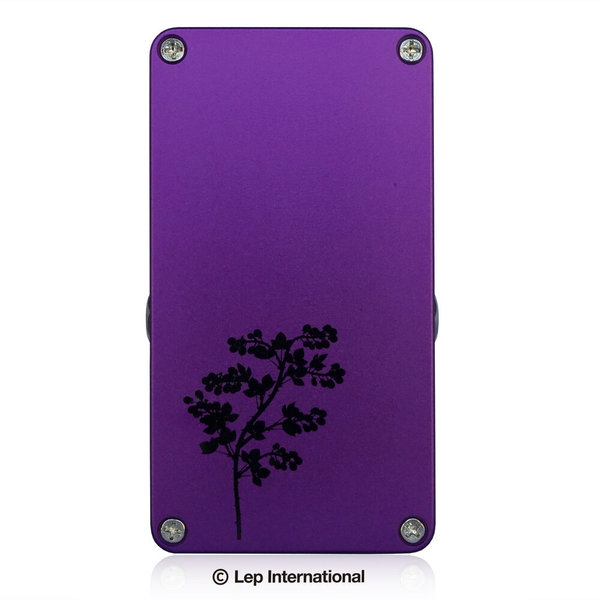 The new One Control Blackberry Bass Overdrive hearkens back to the original BJFe Blueberry Bass Overdrive model, one of the classics from early BJFe production. This is a very light Overdrive pedal specifically designed for bass players (but also great on guitars) that helps one achieve a slightly overdriven and more present bass tone at any volume and with any amplifier - or even running direct! Many players have described this quality as "grit" - similar to a large tube bass amp being driven hard at concert volume, but now in a pedal format.

Bjorn has taken the very first BBOD model he ever created as a model, and then added a new "body" knob to the original circuit, enabling the player to precisely dial in the midrange "body" frequencies of their tone to make the bass guitar more prominent in the mix without increasing the overall volume. This new One Control version is a welcome addition to our growing collection of bass-specific tools to enhance your low end presence. It’s also a secret weapon for the Downtuned and 7/8 string guitar brigade, with a new heaviness for that lower frequency spectrum.

Historically, the BBBOD was suggested by two bassists that came to my workshop and asked if I wouldn’t build something for them too as their guitarists had BJF pedals.They also said that there was very few things that worked on bass. I told them they would have to come down and play and tell and so they did.There were certain overtones they didn’t want present also due to that they played modern bass amps like Eden and Ampeg with tweeters allthough they both had also old bass amps like Gallien Krueger, Hartke, and Acoustic as I recall. It was actually fascinating seeing them play, listen, and comment on what they wanted and what they didn’t.

The color for this model was a Mahogany tint that really was more purple than brown so it couldn’t be used on wooden instruments. Blackberry Bass Overdrive is another addition of classic BJF models appearing in the One Control line. The Blackberry Bass overdrive is a light overdrive for bass guitar. It is based on the original BJF Blueberry Bass overdrive where the first unit ever made was examined and duplicated but the circuit has been upgraded with a Body control that sets a range on bass guitars that is generally percieved as body of sound and that can make bass guitars more prominent in conjunction with other instruments.