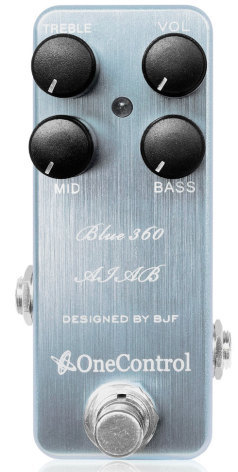 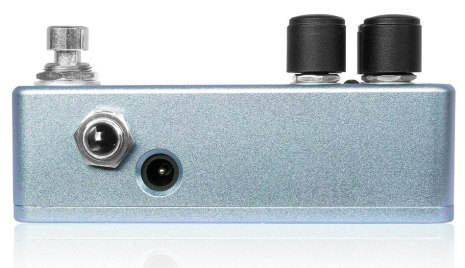 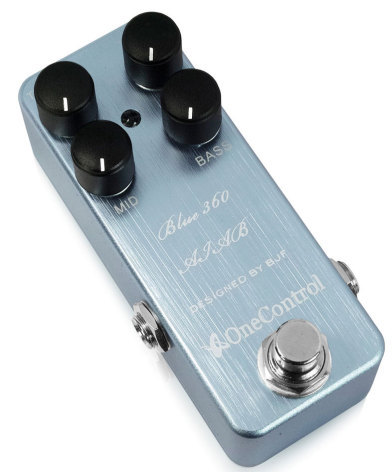 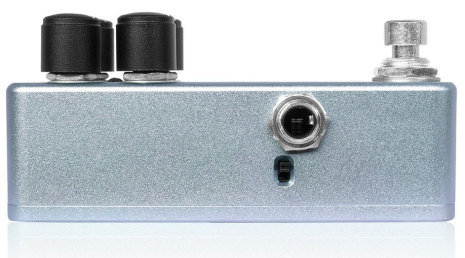 While guitarists have often expressed a degree of disdain for solid state amplifiers ever since their inception, bassists have always been more open-minded about these transistorized beasts. And while there have been quite a few famous solid state bass amps over the years, none are as legendary and storied as the original Acoustic 360 preamp. Paired with 361 18" powered cabinet, the Acoustic 360 may be one of the most-heard but least-acknowledged amps in music history. John Paul Jones used a pair of them with Led Zeppelin, John McVie used them in the early days of Fleetwood Mac, and the 360 was the favored amp of legendary bassist Jaco Pastorius - the "Hendrix of the Electric Bass Guitar".

In the 1960's, as guitar amps began to take on monstrous proportions and reach new sonic levels, a bass tone was needed that could match the loud, distorted sounds produced by the high-output guitar amps, to maintain a balanced, dense band sound. The 360 was designed by Harvey Gerst and Russ Allee, two to compete in volume with the Marshall stacks and Fender Twins that guitarists were using. The 360 was loud, but thanks to its innovative design, it also had a wonderful tone and a very musical sound.

The newest member of One Control's rapidly growing collection of Amp-in-a-Box (AIAB) style pedals, Blue 360 reproduces the sound of the legendary 360 preamp. Blue 360 can instantly give your modern, high tech amp the response of 70’s-era high-powered transistor amp.

Blue 360 features a switch on the side marked 0dB / -18dB, which works as a pre-set master volume. All boost is set by the Volume control. At the -18 dB setting, cranking Volume to full will deliver a similar level to bypass mode, allowing you to set the pedal to create distortion tones when on, while keeping your signal at the same volume whether the pedal is on or off. At the 0dB setting, the output level will increase as you turn up the Volume until you reach 360mV of clean sound or 600mV of distorted tone. Typical instrument level is just 60mV, so 600mV is enough to drive a standard power amp. If you do use the Blue 360 as preamp into a power amp, the sound will start to distort on transients at the full power of the power amp. Just below 600mV, you'll get an almost-clean, compressed sound that amplifies weaker notes but veers into distortion at peak transients. This response is very similar to how transistor powered bass amplifiers were made to compete with roaring tube guitar amplifiers.

Bjorn's Comments
A huge difference between solid state and tube amplification is that transistor amps cannot overdrive the power amp section, because the sound becomes heavily distorted and could possibly break down the entire power amp section; but at any rate, onset of distortion would be rapid and unmusical. However, with tube amps you can overdrive the power amps, and distortion will increase progressively and much more agreeably. The Blue 360 AIAB pedal will allow you to mimic the overload of tube amps and get the same function - the sound becomes compressed as weak parts are amplified and any sharp transient will distort. Technically this increases the density of sound by reducing the dynamic range. Compare that to later in the 80’s, where bass amps where made to deliver perhaps 100 watts but allow peaks of 800 watts. If you use the Blue 360 on such an amp, you can still play seemingly clean at 100 watts, but any peaks above that will be distorted. I know this may sound like just another distortion type effect pedal but in reality it isn’t...and yes, if you set it at -18dB you can have about the same output level both effect or bypass but in effect mode sound would be mostly clean but slightly compressed - much like what happens to tube amps when you approach maximum output and transients are distorted. Perhaps all this is better described in a story from my musical life life:

There was a band I played with for years where the bassist used an Acoustic 360, ( I played bass thru that too, and felt the sound was just what bass was about) and he played a Rickenbacker 4001 bass through that. We eventually got a new bassist as the former one became married with children, and the new bassist came with his Ampeg 400 watt amp and matching 4x10¨ and 1x15 and P-bass with drop D… the sheer power of the Ampeg was literally breathtaking, but plugging into the Acoustic then resulted in a sound that was holy and distorted... literally I wondered how come I felt like had ran a marathon swiftly after playing one song and it was the Ampeg 400W that was connected to run a total of 800 watts clean and so it moved so much air on transients that it blew air out of my lungs!

Funny that for so many years we never thought of the Acoustic 360 as woolly or distorted but just having the ’right’ bass sound - it was the super clean Ampeg in contrast that made us hear the distortion of the Acoustic! In comparison, the Acoustic would give about 130 watts at full power, but that would be with some distortion but it was loud enough to compete with 100W distorting guitar amplifiers- the Ampeg though pushed close to 400W at full power and at very low distortion and that as actually as loud as the guitar amps but pristine clean. I know many bassists with those Ampegs, Eden, GK, etc that would still have an Acoustic 360 or a Kustom Tuck and Roll for that old bass sound that modern amps just don’t give. There was a chase of getting rid of distortion and getting more definition at higher volumes and that could be done while the sounds of so many recordings had a more distorted and wooly sound that would fill out and be heard through overtones -sometimes the future is better and sometimes good things from the past needs to be reproduced for the joy of music. I used to set my old Hiwatt like that: at one point on the Master the sound would just soften the treble a bit and it’d start to compress on notes giving sustain - so it was both an eq change and compression change and I was using EV speakers - that got really loud, but then in those days you could play really loud at gigs and even higher when rehearsing.


The One Control Blue 360 makes a classic bass guitar tone - like that heard on so many records, and yes I much prefer that to modern bass amplifications. I have a 200 watt Hiwatt that I run through a Genz-Benz ported cab and that sounds sort of similar, although the 200W Hiwatt is much louder. I searched the net for schematics and did not find the one we had, but other types and many pedals including the fuzz circuit in a box, but the one we had was much simpler and I recalled I once made a rough schematic of it maybe in 1984-86 and so I looked through my books and found the rough schematic that I had personally drawn. It’s a very raw type of preamp while with very effective tone controls, and it appears that the last stage in the preamp before the graphic EQ distorts just prior to the level that the power amp can take for full output and thus instead of getting rough peaks from power amp and possible power amp breakdown the amp would distort a bit- very clever, I’d say, and what I’d do in a transistor amp too as transistor power amps get a very harsh distortion and you really want to stay below distortion of power amp to get the best sound- very different from tube amp where you can push the power amp a bit and get it into compression mode- this is also why the transistorized power amps for bass got to be more powerful by the day.