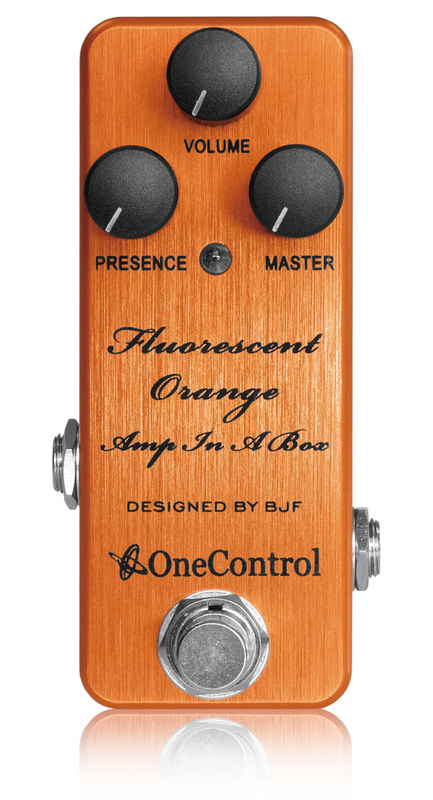 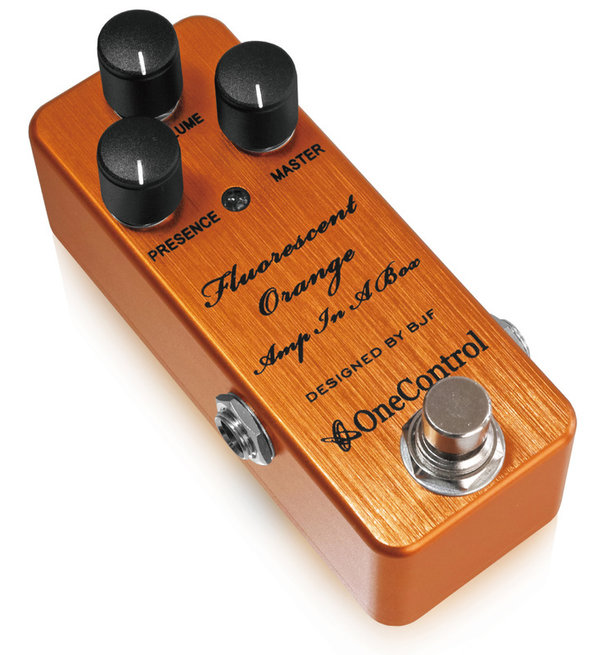 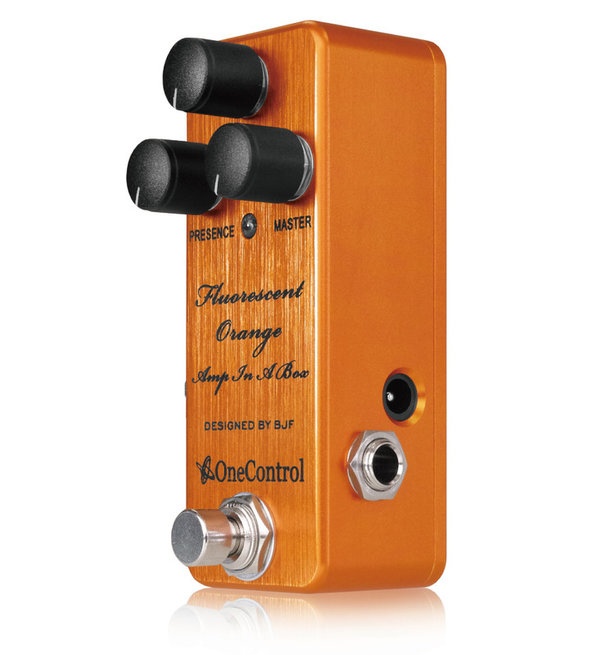 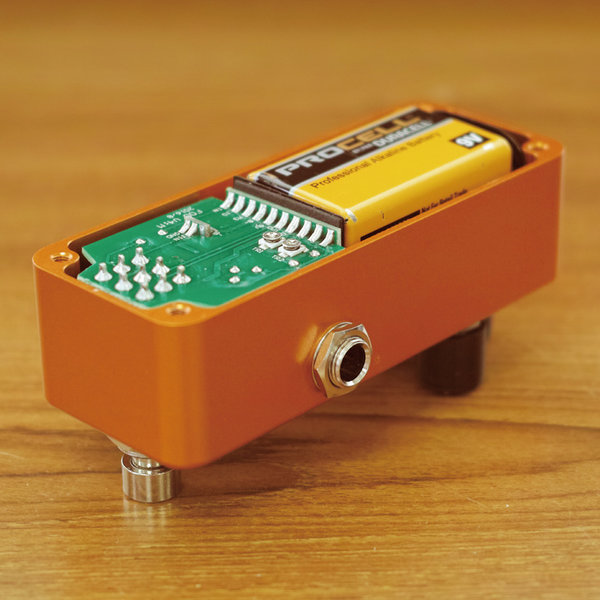 Designed to reproduce the iconic “crude distortion” of an orange-colored amp. With 56dB gain and -80dB noise level, the Fluorescent Orange is ideal for the classic hard-rock sound.

Bjorn's Description
A significant part of the British Invasion of the 60's and 70's was not only bands, but equipment...particularly amplifiers. Orange was a company that built an iconic sound and following starting in the late 60's with endorsers like Peter Green from Fleetwood Mac, and even Led Zeppelin. By the mid to later 70's Orange had exported around the world, and guitar players everywhere were captured by this raw sound that was so different from Marshall or Hiwatt......and so loud!

Bjorn is very familiar with this sound having played the amps in the late 70's and then going on to repairing them as well. He has captured this so-called crude distortion in the Fluorescent Orange Amp In A Box (FOAIAB) drive pedal. With 56dB of gain and a noise level about -80dB, the FOAIAB is ideal for classic and hard rock...even early metal...all the distortion...none of the noise. The FOAIAB works best with humbucking pickups as do most distortion pedals, but there is more than enough thick distortion to satisfy the single coil and P-90 users as well. With active pickups you get less of the dynamics, but a more fluent sound.

The Fluorescent Orange Amp In A Box has that immortal distortion we recall from the late 70's. As with all the One Control BJF series pedals, the FOAIAB can be used anywhere in the signal chain, and we encourage you to experiment. It can change the sound of your amp on it's own, or be used as a pre-amp for other drives, or it can be used in series with any or all of the OC BJF pedals to create a new individual sound of your own.