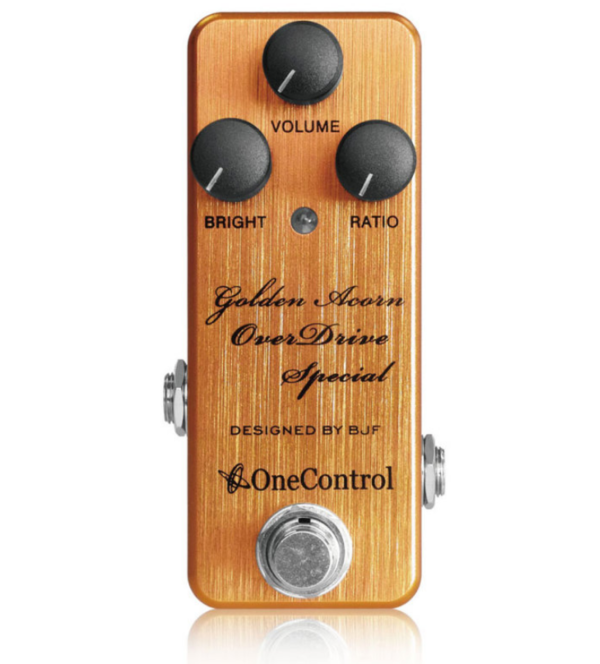 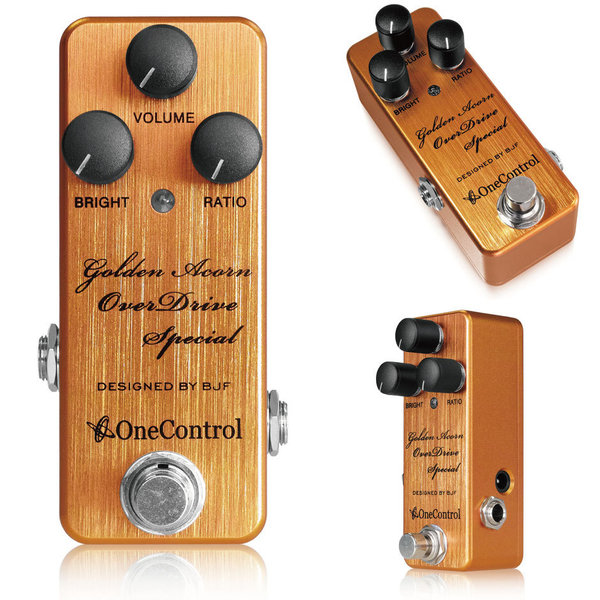 Volume: Sets the effect level relative to the bypass level by adjusting the output of the effect.
Bright: Sets how sparkling the sound is allowing for a soft sound to one where angles sing on overtones.
Ratio: Sets the depth of distortion and compression and is used to set the pivot point depending on guitar pickup strength. The sound can be manipulated from 'seemingly clean' to 'softly distorted'. This control can also be advanced beyond this pivot point making for a sound that allows playing on feedback even at low volumes.

Note: Important to place at the beginning of your pedal chain, especially before a compressor, to take advantage of its enormous range.

A Humble History
I had a friend who knew Mr. Dumble personally, and he once told me that his personal mission was to create an amplifier that would carry a tone far greater than any other amplifier ever created. Now, I am not much for clean sounds, in fact, I don’t think they even exist as even the cleanest sound contains a bit of 'shimmer'. In essence, that shimmer is technically classified as distortion. For this reason, it is safe to say that any sound coming from a guitar contains some sort of technical distortion.

I understand that the Dumble amps are peculiar due to their dynamic range. In the 60s and 70s, distortion was produced by pushing a tube amplifier, which created a unique and mesmerizing effect. Due to this enchantment, amplifier manufacturers began to include Master Volume knobs. As I understand it, the Dumble amplifiers were designed to produce a different distorted sound than other amplifiers. They addressed the idea of power amp distortion and that it could be achieved by adding a distortion circuit after the main preamp. This idea was also employed by Music Man, as they had a Swedish designer make the Limit circuit for their RD-50. However, while the RD-50 has what sounds more like a fuzz, the distortion of the Dumble amplifiers resembled a tone which corresponded to power amp distortion. In simpler terms, it had a smooth texture, which was a first.

Back in the 70s, Mesa was known in Sweden as the most expensive amp on the planet, which was played by Carlos Santana. It had a smooth distortion but still very unique. When you listen to David Lindley, who used a Dumble amplifier, you can hear the chime of the overtones. This magical chime was present thanks to the unbeatable dynamic range. From my understanding. it is a narrow window in which you can make a note clean or distorted depending on your style of play.

What sets the design of the Dumble apart from others is that it was personalized for every single artist. The sense of a personalized 'boutique' amp was created first by Mr. Dumble. I often get customers and that want their own sound or somebody else’s sound, or a combination! Yes, I can tweak things to match whatever they envision but there's always something in common... Every client, every sound, and every final product is different. For this reason, it would really be hard to come up with a product that can be available for the masses that would please everyone. As mentioned previously, a unique dynamic window, where you can change the tone from seemingly clean to distorted at mere touch or strike, was essential and I saw it as an opportunity for creativity. I knew it could be recreated electronically and so I began to think of ways of achieving that.