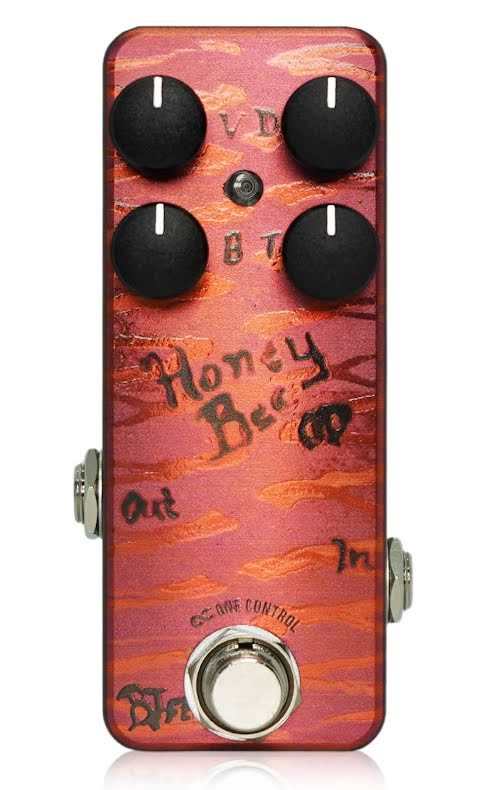 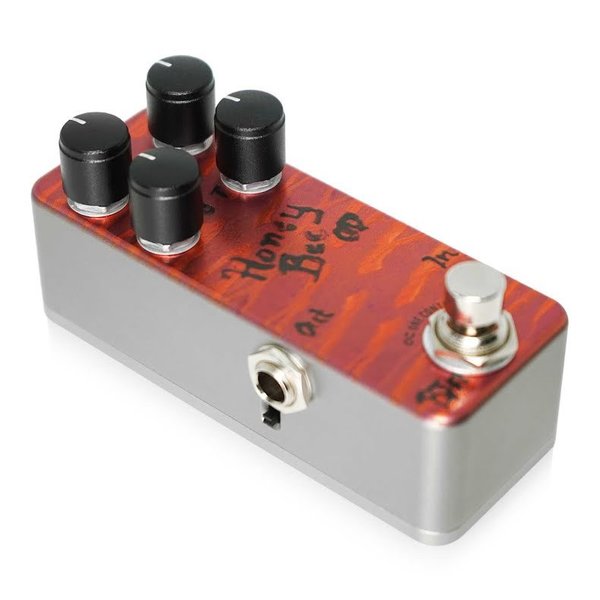 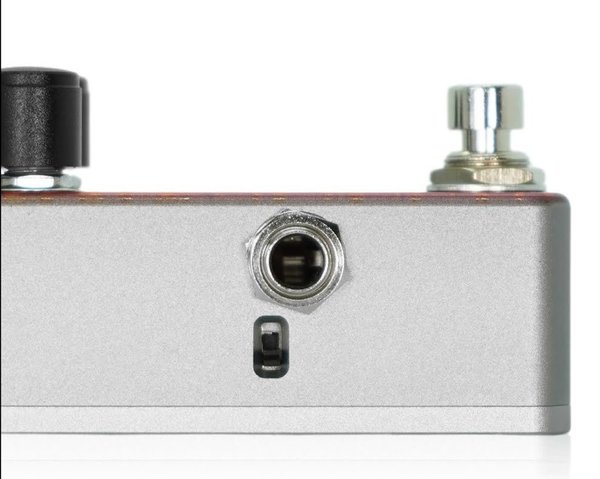 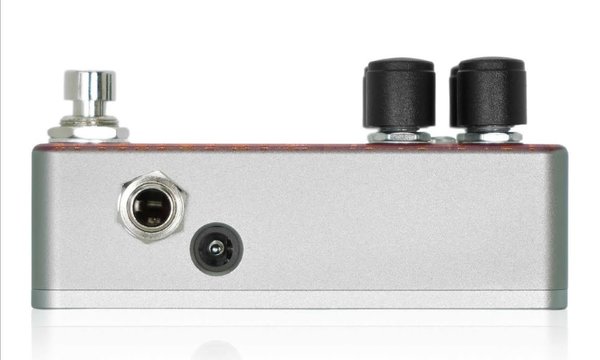 The One Control Honey Bee OD 4K Mini Custom is a new and custom version of the legendary overdrive pedal, BJFE Honey Bee OD, which laid the foundation for current amp-like pedals, designed by BJF himself.

The Honey Bee OD 4K Mini Standard reproduces the sound of the original Honey Bee OD, but the Custom is a limited custom version with even more gain and a thicker low-mid range.

Honey Bee OD 4K Mini has 4 knobs for more detailed tone control, and the B and T knobs can be used to individually and accurately control the low and high frequencies.

In addition, the mini size allows it to be installed on various pedal boards without taking up much space.

BJF's long-term research has made it possible to reproduce the original tone even with mini-sized SMD parts.
The design method differs between conventional handmade pedals that use through-hole parts and mini pedals. Mini pedals have the effect of "ghost components" that do not exist as "parts" and do not appear in the circuit, so if you simply make the same circuit diagram, the sound will be different.
BJF has taken into consideration all the effects from the characteristics of the parts to the ghost components to reproduce the sound of the BJFE original pedal.
With the sound that BJF himself was completely satisfied with, we were able to release it in a mini size.

The original Honey Bee OD was inspired by the sound of old Supro amps and was released on December 4th, 2002.
This overdrive pedal is ideal for electric guitars and guitar amps that are set to clean to crunch.
In particular, the dynamics can be easily adjusted from clean to overdrive with the touch of your hand, and its overwhelming response is the headroom and frequency response of using a small old amp. You can get a similar tone.

If you connect it to a clean amp, you can enhance the expression of the tone by picking and guitar volume. Flat strings produce a mellow tone, while round strings produce an old-style light distortion.

When you push a lightly distorted amp, the characteristic of distorting overtones peculiar to a combo amp appears. Even though the actual gain is not set high, it produces a powerful tone that seems to be strongly distorted. In other words, while maintaining the core and penetrating power of the tone, it simultaneously achieves the power of a drive tone with increased gain.

It can also be used like a preamp pedal that can be connected just before the amp to shape the overall tone and create a softer response and slightly lifted low-mids.

The Honey Bee OD has undergone minor changes over the years. The basic timbre characteristics do not change, but there are minor differences in characteristics depending on when they were produced.