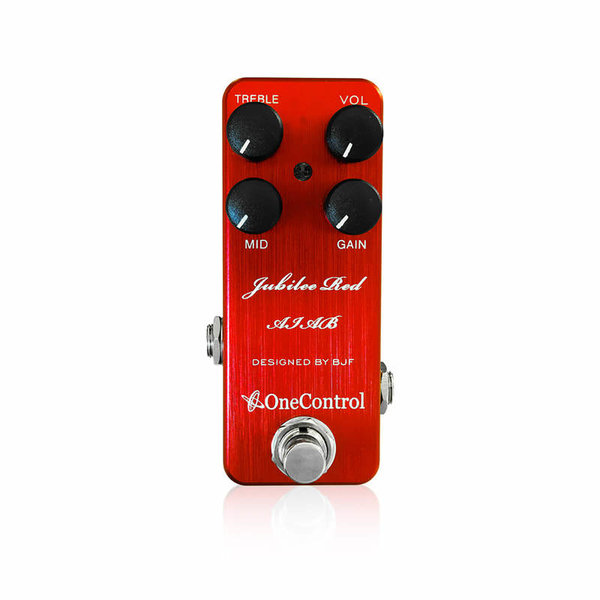 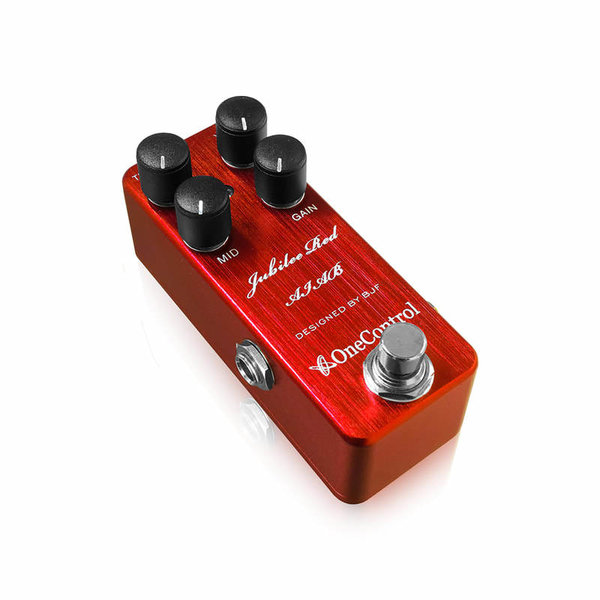 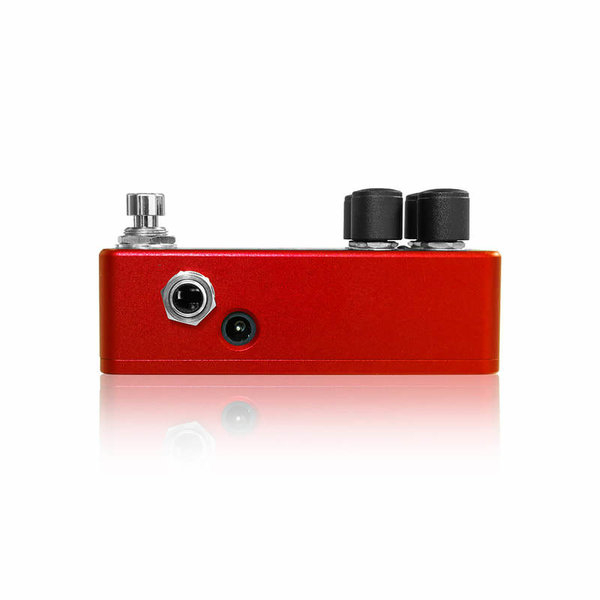 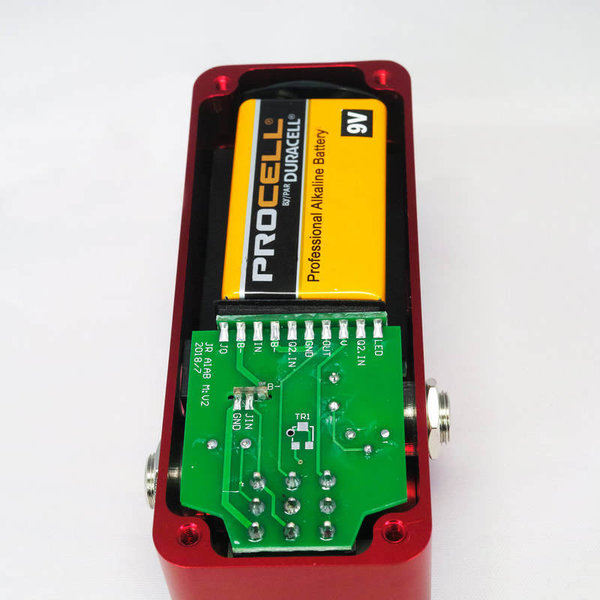 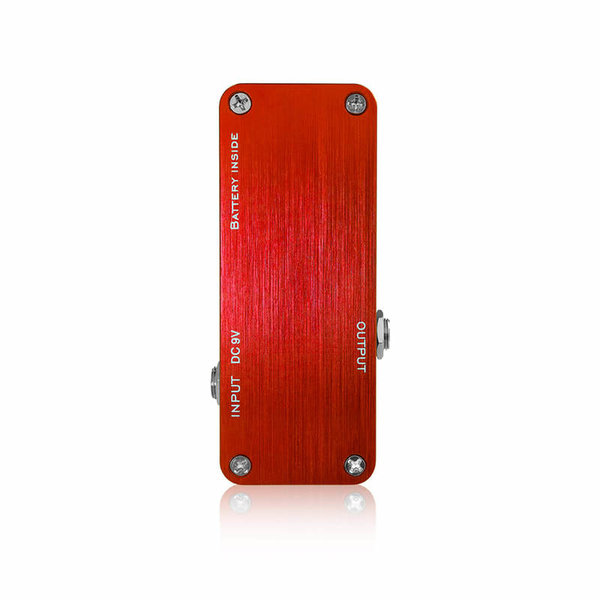 The newest of Björn's "Amp-in-a-Box" (AIAB) circuits, the Jubilee Red is a modern high-gain distortion pedal with tonal roots descending from the legendary Silver Jubilee series of British amplifiers that were created in the late 80's.

Description
Released in the late 80's, the Silver Jubilee series of British tube amps were the highest gain amplifiers ever created on UK shores, with switchable 25/50/100 watt output sections, switchable gain channels, and an enhanced mid-range control and presence. Numerous modern amplifiers have been directly inspired by the original models, and many metal guitarists still love and use these Jubilee amps today; original units continue to rise in value, and reissues have also recently be released.

The signature Jubilee sound is an extension from the Plexi/JMP series of amps. While these have an earlier, less-gainy type of rock sound (one which is represented in the One Control lineup by the Purple Plexifier), the Jubilee series amps had a much higher-gain sound, with a more focused midrange presence that was favored by many rock guitarists, including Slash, John Frusciante, and Joe Bonamassa.

With the new Jubilee Red AIAB, guitarists have access to one of the highest gain distortions that One Control has ever released, with enhanced midrange control as well as low noise performance. The pedal pairs perfectly with either humbucker or single coil pickups, including more modern high-gain and active designs. It is also very well suited to handle the additional low end of 7 and 8-string guitars.

Björn Says
Though it was primarily designed for metal style music, the playability of the Jubilee Red that makes each note on the fretboard about equal can absolutely be used for other styles - certainly for heavier lead playing in any genre. It allows for very fluid note playing along the entire fretboard at any gain setting, whereas the Purple Plexifier, a similar British amp-inspired One Control pedal, needs to have the gain control maxed out to approach this sound. At lower gain settings, the sounds of the Jubilee Red are more modern than those of the Purple Plexifier.

The MID control sets the depth of the midnotch and it is centered at 600hz - the tone control network creates a midnotch, while turning up the MID knob lessens the notch and flattens the tonal response. The TREBLE knob is technically a tone-balance that sets the balances of treble and bass points around a midnotch and the treble shelf is about 2kHz while the bass hump appears around 100hz.