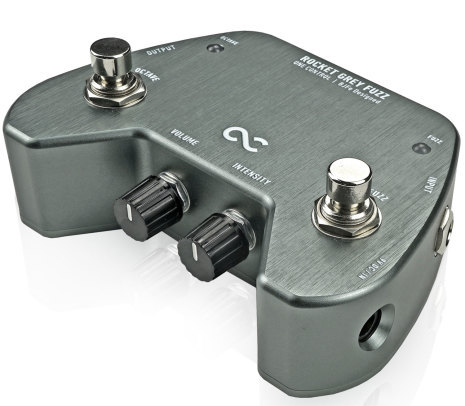 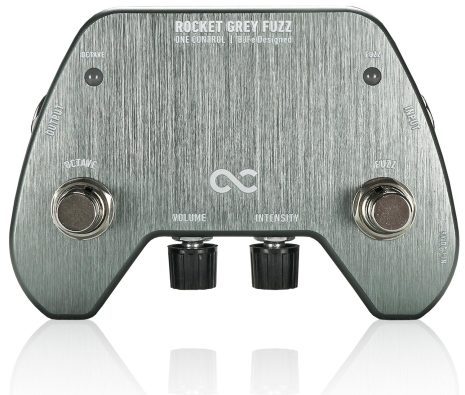 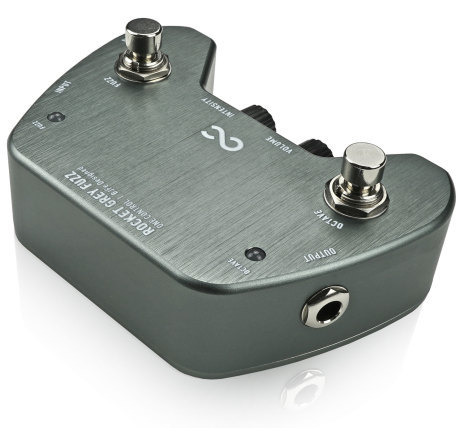 Bjorn has always believed that the fuzz pedal is even more important than the moon landing in the 60s, and he may be right. Fuzz guitar is one of the most fun and exciting ways to make guitar sounds, and the new One Control Rocket Grey Fuzz will bring some new and classic fuzz tones to your aural palette. Starting with the classic octave up style fuzz, made famous by Jimi and many others, the RGF redesigns this style of fuzz so that the octave up effect is playable all over the fretboard - not just from the 10th fret up! In addition, the tone is much purer and less ring modulated than older designs. The input circuit optimizes the sensitivity for guitar, enabling the player to engage either the octave up or standard fuzz circuit without needing to adjust tone - and also has a smoothing circuit to make the overall tone a bit more agreeable with a wide range of amplifiers. Now you can use your octave fuzz with intervals like 5ths and major 3rds without the "farting out" sounds that older designs created. You can enjoy the fruits of nearly two decades of Bjorn's research into how to create two of the best fuzzes possible with this one new pedal - the One Control Rocket Grey Fuzz.

The Rocket Grey Fuzz solves many struggles with octave fuzz and combinations of octave fuzz and fuzz in several ways - firstly, it has an input circuit that optimizes sensitivity for electric guitar and the octave effect is trimmed to balance allowing playing octave fuzz at any note on the fretboard and even some intervals such as 5ths and Major 3rds which opens up new possibilities. The two fuzzes are also balanced so that there is no need to turn down treble when engaging the octave. The RGF also has a built in smoothing circuit at the output to make slight distortion as tradition says is best. This makes for a standard fuzz sound and octave fuzz with the same EQ and is easy to adapt to most any amplifier - this can greatly enhance use of octave fuzz. Fuzz gain can be set low to obtain an overdrive sound and then using the octave setting gives one a sound similar to sitar.

Tradition has it that you should turn down tone control on neck pickup to get clearest octave - but then you limit what feeds the octave effect closest possible to a pure sine, but still it is difficult to set just the right trigger. So with previous designs it is recommended that you play octave fuzz guitar at 12th fret and above mainly. It follows that some frequency emphasis is in order to make the sensitivity equal across the fretboard - preferably elegantly so the user interface of controls on guitar make sense Also, tradition has it that octave effects are best used into slightly distorting amplifiers due to octave effects can sound shrill when used into clean sounding amplifiers.

This particular Rocket Grey Fuzz has about 15 years of my research and design inside it. The goal is a fuzz that would commemorate Man walking on the Moon with at least two sides of fuzz - one being the more synth like octave fuzz and the other being the fuzz as heard on classic records where it would be hard to tell if sound was made with fuzz or amplifier overload or combination - but still something inside of the sound giving away the involvement of fuzz.