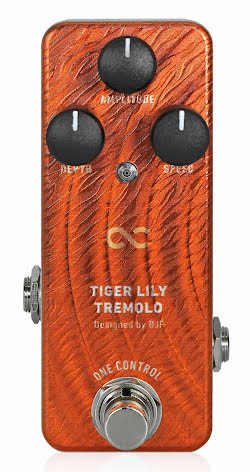 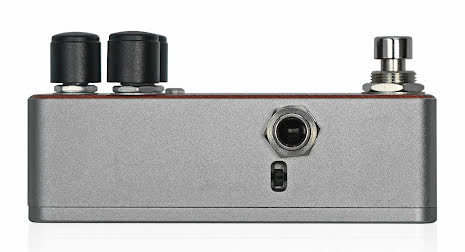 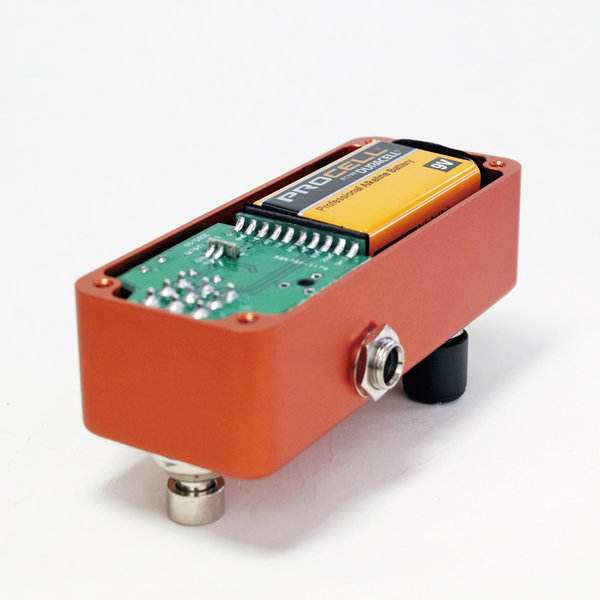 The Tiger Lily Tremolo allows for the mellowest of sounds which appear only at the tail of phrases to heavy on/off and everything in between!

To gain access to this wide range, the Tiger Lily Tremolo sports both an Amplitude control and a Depth control affecting different parts of the circuit. This combination allows for easy settings of even the most subtle of tremolo sounds as well as the most intense.

Tremolo was one of the first effects ever offered to guitarists and it was also the first pedal that Björn Juhl of BJF made (in 1985) for another guitarist who had grown tired of dragging his tremolo amplifier to gigs for just one song.

To set mild tremolo, use minimum Depth and open Amplitude so that tremolo appears at the end of phrases.

To set heavy tremolo, use maximum Depth and control with the Amplitude knob.

To set standard tremolo, set Depth at about halfway up and set intensity with the Amplitude control.

The Tiger Lily Tremolo has a utility switch on the side. This switch sets phase of output. The phase can be set for in phase or out of phase, and the latter can be used to correct phase when bridging inputs on some amplifiers.